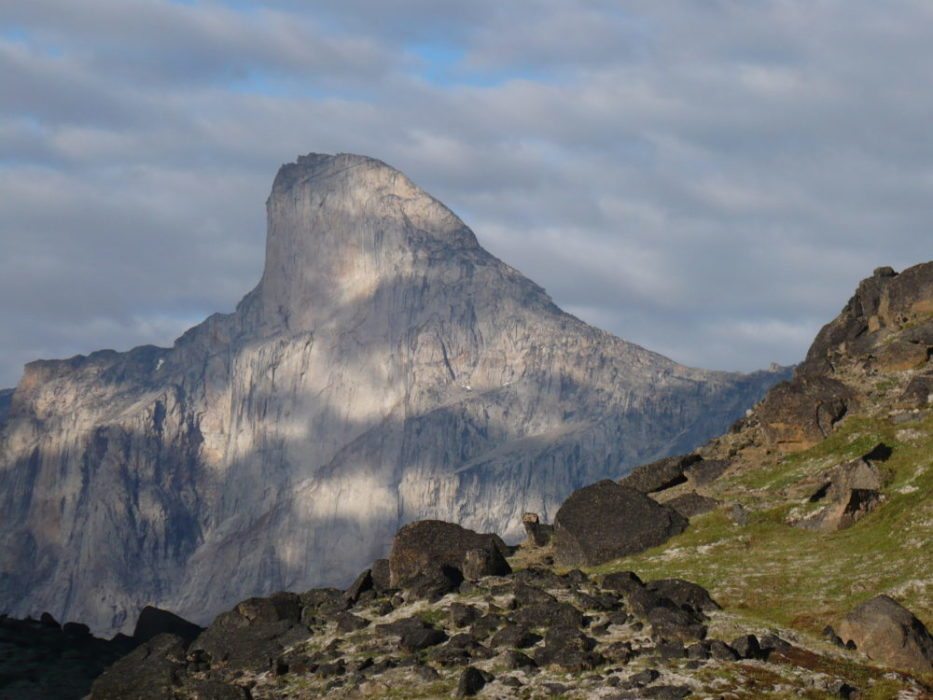 While any hike can be a challenge on its own, there are many ways to put yourself to to the test when you’re in the outdoors. Whenever you do research about a trail, it’s easy to determine the difficulty of it based on a few different factors. Typically, a trail is considered difficult based on it’s length, terrain, weather, and of course, its slope. If you want to try something a little different this summer, then consider visiting one of the steepest mountains of North America.

With a name like Mount Thor, it might not be a shocker that this is one of the steepest mountains in North America. Located in the northernmost territory of arctic Canada, Mount Thor towers over the area. Mount Thor is located in the Baffin Mountains, and if you can withstand the cold, then try and face what’s been named the largest vertical drop in the world here. At over 4,000 feet and a 15 degree angle, this is pretty darn steep.

Located in southern New Mexico, the Organ Mountains might not be the most well-known in the state, but they are actually one of the steepest regions in the western U.S. They also house one of the steepest mountains of North America. There are different parts of the mountain that you can try, but if you’re looking to really experience the steepness, then visit the Organ Needles Trail or other trails on The Needles.

This mountain may not be one of the highest on the list, but it doesn’t disqualify it from being one of the steepest mountains of North America. Located in the North Cascades, Hozomeen Mountain has many steep drops that would give even the most skilled rock climber a fear of heights. While many peaks of the mountain are steep, the most challenging is by far the South Peak, which is almost completely straight up and down for 1,000 feet. Think you can handle it?

Volcán Tajumulco is the highest mountain in Central America, as well as one of the steepest. In order to get the gorgeous view of the Guatemalan landscape from the peak, you’ll first need to hike up one of the trails on the deeply slanted terrain. Just to give you an idea of how steep it is, consider the fact that most people take a car to get up. You might have to hire a guide in order to hike successfully, but only if you’re sure you can make it up! (Or, back down!)

Perhaps a little more well known than the Organ Mountains is Black Mountain, which is one of the steepest parts of the Sangre de Cristo Mountains. Because it’s easy to see the prominent peak of Black Mountain from anywhere in the area, it’s easy to see that the way up to the top is so incredibly steep. If you want to give your body a decent workout, the trail you want to try is the Black Mountain Trail. Along with being one of the steepest mountains of North America, it’s the steepest one in the Philmont Scout Ranch. After just a mile of hiking, you’ll have already gained close to 2,000 feet.

Mount St. Elias lies in both the U.S and Canada. Though there are many large, difficult mountains to hike around this region, like Denali and Mt. Logan, this is by far the steepest of them all. Mount St. Elias’s vertical relief increases to over 18,000 feet in less than 10 miles. Try doing that on an icy terrain, and you might as well surrender now.

The Wellsville Mountains in northern Utah are considered the steepest mountains on the continent. At first glance, the mere height of these ranges might be a little deceiving, as they aren’t actually that high. However, what makes these mountains so steep to hike is the narrowness of the ranges. In particular, Box Elder Peak, which is where you’ll experience the steepest terrain. This 7.9 mile loop is filled with beautiful wildflowers, but it might be hard to notice them with your calves burning from the hike.

If you want to add something different to your list of hiking goals, then make an adventurous trip to one of these mountains. Being able to hike one of these steep terrains is certainly something to be proud of. That is, of course, if you can do it!

Where to Hike in the US Virgin Islands

7 Hikes for the Whole Family