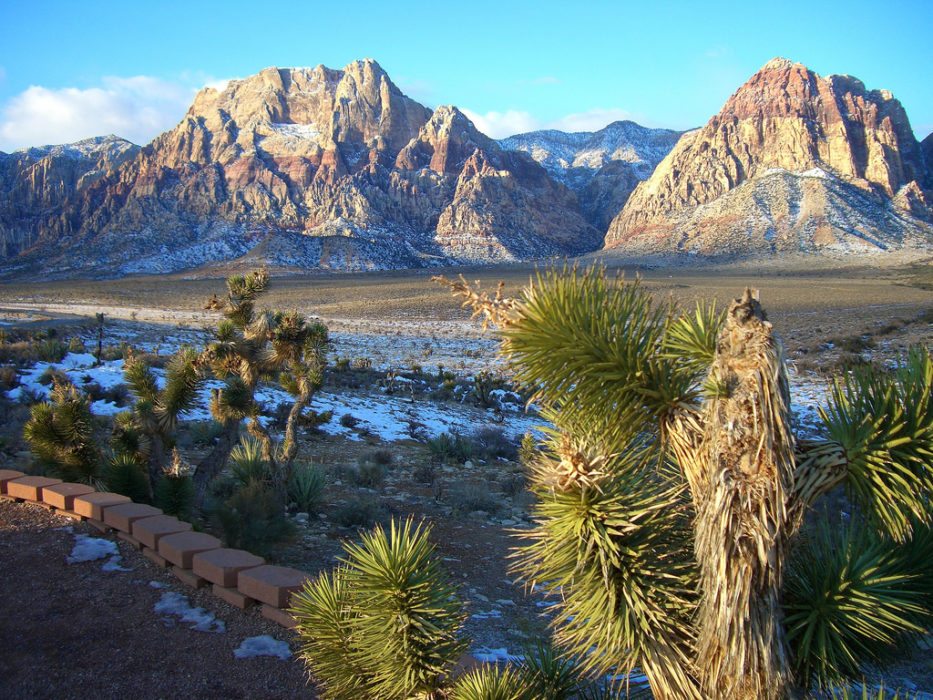 Tips for Hiking with Chronic Back Pain

If you don’t actually have a habit of going there, Las Vegas might seem somewhat old fashioned. It’s a city that’s been featured in old, classic films, and one that’s associated with a brand of culture and entertainment that doesn’t always seem particularly modern. If you take a closer look though you’ll see that Sin City is as popular as ever, thanks in large part to its ability to continually update what it has to offer.

Take a look at what’s new in Vegas this year and you’ll see that the town is taking full advantage of technology to keep younger generations interested. The Venetian is promoting a Star Wars VR experience, the Luxor has built an entire eSports arena, and New York New York has designed a virtual reality roller coaster. These are essentially brand new concepts in Vegas, and serve to continue the city’s evolution from casino haven to full-fledged, city-wide amusement park.

The more traditional casino games have evolved also. Many assume that the growing selection of online casino gaming options is drawing people away from Vegas. While the U.S. makes most of these games illegal, would-be tourists in Canada and overseas need only go online to find games that have become progressively more realistic. Not only are poker rooms competitive and interactive, but even slots have become more engaging, embracing 3D formats and exciting animations so that they’re more like video games. Vegas, however, has taken note. Some casinos are actually in the process of introducing traditional arcades – real video games – that will have money on the line. They’re effectively one-upping the online industry.

As much as the city may be thriving though, it’s also always been true that there are reasons to travel there beyond the casino resorts and their various attractions. Or at least there’s plenty to do while you’re there that doesn’t involve these attractions. Here we’re talking specifically about the fact that there are some beautiful places in close proximity to Vegas, and with beautiful places come great hiking trails!

As it so happens there’s a surprising number of terrific hikes in this area, offering a very unique kind of vacation opportunity. You can basically set up a base in Vegas (enjoying all the comforts and amenities of the wonderful hotels) and spend your days out hiking instead of just exploring The Strip. Below are some of the hikes you’ll want to target.

Echo Canyon State Park, which revolves around the Echo Canyon Reservoir, is just a short distance north of Las Vegas, and perfectly accessible for a day trip. It’s an easy-to-moderate hike, and can take you about four or five miles through the canyon and up to Blue Diamond Hill, where you’ll see some excellent views. It’s been recommended to park on SR 159 where you can access the trail via a horseback riding path and be on your way.

Valley Of Fire is closer to Vegas even than Echo Canyon; in fact you might be shocked how close it is. Essentially comprising the north end of Lake Mead and the surrounding area, the park is marked by what essentially amount to stone hills that you can hike through. It’s an easy hike to get started on, as you start off on a sandy trail straight from a parking lot, before descending into the white domes.

This might be the most unique trail we’re mentioning here, given that it basically involves moving through abandoned railroad tunnels. Specifically, the trail moves along Lake Mead and through five major tunnels, allowing hikers to experience a portion of the railroad that ran from Boulder City to Hoover Dam from the ‘30s through the ‘60s. It’s an easy hike, but a fun one and a pretty one.

Red Rock is the closest hiking area to Las Vegas, located just west of the city and very popular among tourists. You could just about walk to the canyon from Vegas if you’re feeling really ambitious, though it’s quite a long walk. The White Rock Loop, meanwhile, makes for a leisurely hike but one that’s unlike any other in the area. That’s because it takes you through a green area filled with juniper and a kind of local pine tree. It’s a nice change from the typical rocky or mountainous landscapes in the surrounding canyons.

At Ice Box Canyon, also within the greater Red Rock area, you’ll find a more traditional look – in fact, scenery that more closely mimics some of the great Southwest parks, like Zion. The full Ice Box hike basically takes you down into the canyon on a 2-3 mile hike, and involves a little bit of climbing (or more accurately bouldering). In terms of elevation or distance however it’s a fairly easy hike.

previous Best Hikes in Coachella Valley
next Outdoor Adventures in and Around Vancouver, Washington

College Campuses for Students Who Love The Outdoors

Planning an Adventure with Kids