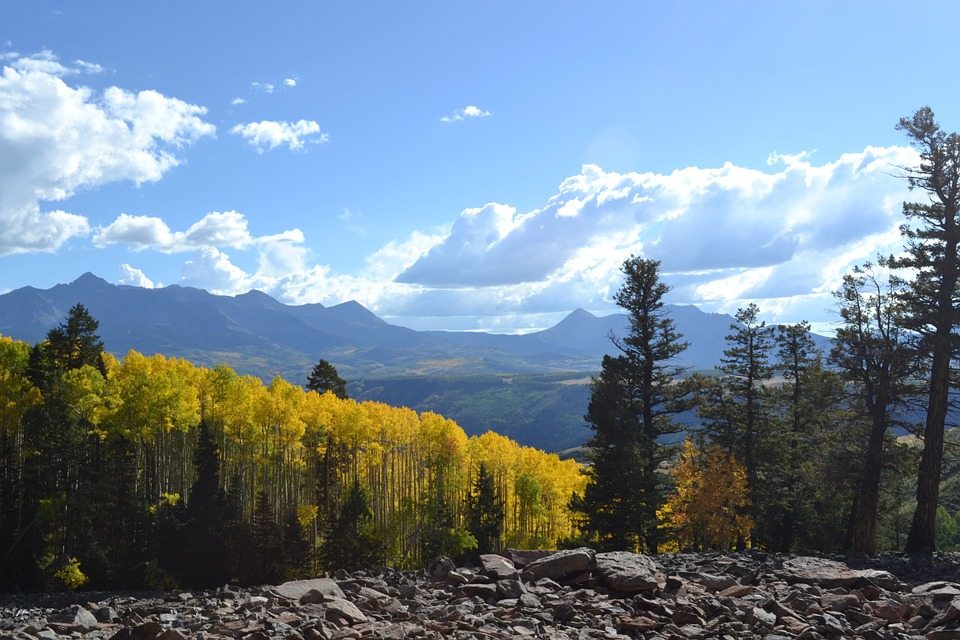 The U.S. has a lot of backcountry to see, that’s for sure. But, deciding where you should be backpacking national parks, can be a little hard. While certain parks or trails are best to be avoided during the fall, others are begging for hikers to come to and explore their beautiful scenery and trails. So, without further ado, here are the best national parks to visit this fall:

Located in Wyoming, Grand Teton National Park is nice to visit any time of the year. However, there’s nothing quite like this place during the fall season. This park is recognized for having a lovely combination of trees that just look amazing in the fall. Take a look at the aspens and willows, whose colors are radiant this time of year. You’ll also be sure to notice some wildlife enjoying the scenery just as much as you are.

Wow..Colorado. There’s really nothing in this state that couldn’t make one of these lists. It’s home to the best trails, the best mountains, and some of the best cities to live for outdoor enthusiasts. But, in the fall, it’s like a whole new world has opened up here. The view of the yellow aspens, just by themselves, from the mountain trails, is breathtaking. Go backpacking at sunrise to see the gold sparkle in the sunlight. It’s incredible, and one of the very reasons we love hiking in the season as much as we do.

Anywhere in the northeast is pretty fair game if you’re looking for some gorgeous fall foliage. But, Acadia National Park in Maine is one of the best. If you’re searching for a weekend getaway amongst the colorful trees, then look no further than here. With countless trails to hike for all different levels, as well as the hike up Cadillac Mountain, you’ll be sure to capture a good sunset here or a brisk morning workout. Just get here quick, as the park season won’t be open for much longer!

You might be wondering why a park you’ve probably already looked over but quickly dismissed for its popularity, is on this list. We’ll tell you why. Yosemite might be crowded during the summertime, but in the fall, it’s rather empty (except on weekends, of course). If you can manage to get here during a weekday, you’ll get to enjoy the leaves changing colors without people taking selfies with animals right next to you.

Here at Olympic National Park in Washington, you might not see as much fall foliage as you do in the northeast. After all, the park is filled with loads of evergreen trees. That being said, the trees aren’t quite the reason this park is so popular during the fall, anyway. It’s the salmon. The fall is spawning season, and in just a few weeks, you’ll be able to capture nature doing its thing at the many rivers and tributaries located within the park.

If you want to visit national parks this fall but you’re not sure where to start, hopefully you do now!