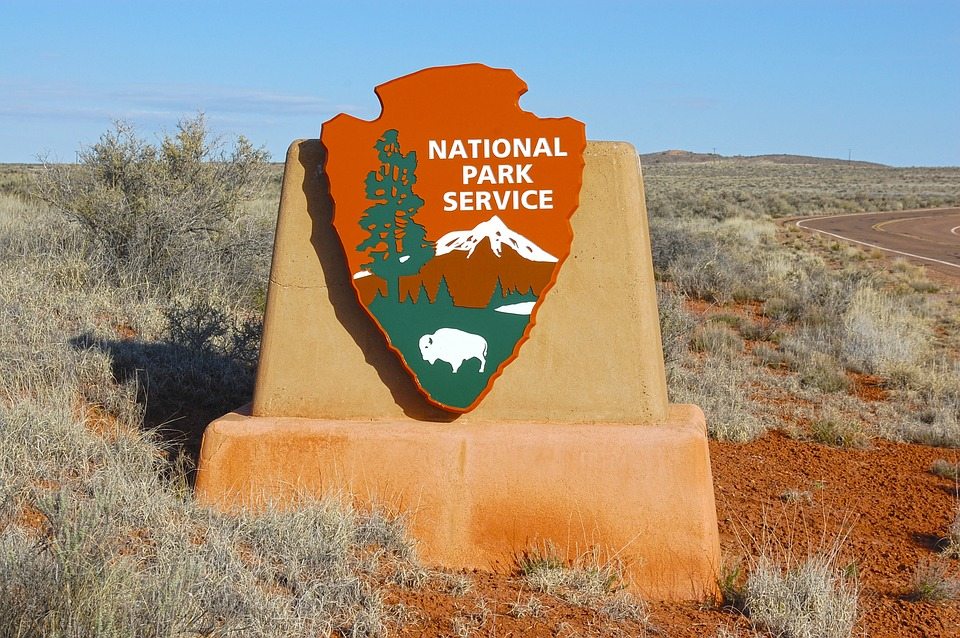 This past Thursday, the U.S. National Parks celebrated their 100th birthday. These places, which are known as “America’s Best Idea,” are still revered as such. Perhaps the days of getting in the old station wagon and heading to the parks with all the kids in the backseat are long gone. But, people are still finding time to separate themselves from technology and spend more time outdoors.

Though, as much us outdoorsy people love visiting the national parks, not everyone treats these places like they should be.

As the parks celebrate their centennial, the whole idea of “respecting your elders” seems to not exist. This beautiful milestone has only shown us that the parks simply need more love than they’ve been getting. What we mean by this is that people who visit these parks are continuing to ignore basic park rules at an exponentially high rate.

Do you remember all the easily-avoidable encounters humans had with wildlife this year? A woman who tried to take a selfie with a bison, despite knowing what the consequences would be (not just for her, but also the animal?). People who have continued to take risks by fooling around on the edge of a mountain, choosing to hike despite the weather warnings or lighting fires in areas that are prone to forest fires? What about those who don’t comprehend the Leave No Trace rules, and spent more time littering the trail than actually enjoying it?

Then, there’s also the issue of people camping in off-limit areas. People vandalizing ancient rocks, solely to take pictures for their Instagram accounts. Hikers walking off the trail where they aren’t supposed to. People falling into boiling hot springs. And, in some cases, people actually taking baby animals and putting them into their vehicles.

While it’s great that more and more people are interested in visiting the parks, it really seems to be backfiring on the land most of us love so much and plan to take care of. The environment, as with anything old, gets fragile after a while. The parks, while strong in many ways, are definitely delicate. Why is it so hard for tourists to understand that?

Well, we may never know. But, in the meantime, we can be sure that park rangers are doing whatever they can to crack down on these culprits, who aren’t showing the parks any love whatsoever. For now, we know that the number of incidents like these are growing in the parks, and we have to do our best to not contribute to those numbers.

For Those Who Already Show Love to the Parks

So, you’re not one of those people. You love and appreciate the parks. But, this 100th birthday…what’s in it for you? If you didn’t take advantage of National Park Week, there are still some ways to join in on the celebrations. This is a time, after all, to reminisce on the parks and take in what they have to offer.

To celebrate, National Geographic has put together a gallery reflecting the parks over the last one hundred years. The Guardian has put together a compilation of vintage posters advertising the national parks over the years. Satellites have also presented the gift of capturing photos of the great parks from outer space. It’s clear that over the last century, the parks have captivated every person who has walked through its trails. (And, those who haven’t yet gotten the chance to.)

In addition, some people, like Scott Stieglitz, are planning to stop at all 413 of the National Park sites. So far, only 43 people have been recorded to see all of them. The media is also highlighting national parks which are the least visited, like Gate to the Arctic National Park in Alaska, or Dry Tortuga National Park in Florida. trying to make sure the love is spread all around.

And finally, there are people celebrating the national parks by utilizing other ways to get there other than a car. This is a little trick that will not only make you feel good about making a difference but will also save you some money.

Well, 100 years of the U.S. National Parks have come and gone. Will the next 100 years be just as good, or will people continue to make bad choices? It’s up to us outdoorsy people to stand up for what we love.