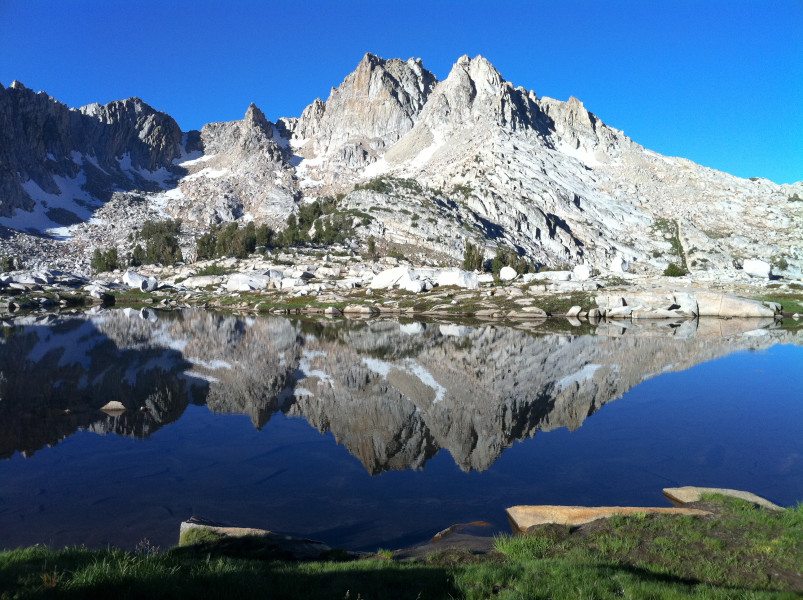 John Muir was one of this country’s early lovers of the natural world. During the 1800’s, he worked to preserve the spaces that became some of the largest national parks in the United States today, including the Sierra Nevadas, the Yosemite Valley, and Sequoia National Park. He wrote about his own adventures in these places in a combination of journals and essays, which became the basis for his advocation. It is because of him that many conservation initiatives were put forth, including the Sierra Club, and since then, many trails and monuments have been named after him.

The John Muir Trail is nearly 215 miles of hiking trails through mostly wilderness, but if you don’t want to hike all of it, then you can choose from these various sections of the trail:

This is where all the fun starts or ends, depending on which part of the John Muir Trail you begin at. Although there are many trails to conquer in Yosemite, John Muir’s Trail is a must-do, considering the entire park would probably not be here if it weren’t for his efforts. The John Muir Trail technically begins at Happy Isles, for 37 miles. Along it, you’ll be able to see sights such as the Vernal Falls and Nevada Falls, Half Dome, and Tuolumne Meadows.

This section of the John Muir Trail was once part of Yosemite National Park, but has since been named after Ansel Adams, a famous nature photographer. Dominated mostly by wilderness and hiking trails, the 23 mile stretch of the John Muir Trail through here is absolutely beautiful. Near the southern tip of the park, you’ll find Devil’s Postpile National Monument, which is essentially a giant volcanic rock formation. In it, backpackers can find hot springs, cinder cones, the Thousand Island Lake, and many more stunning stops along the way.

If you want a true backcountry experience that not many backpackers have traveled to before, then try Kings Canyon National Park. Most people tend to visit one section of this park, the canyon part that is easy to get to from a one main road. However, those feeling brave and adventurous can enter the park and continue it on the 75 miles of the John Muir Trail that run through the remote areas. Here, hikers will find the Red Lakes Area (in addition to other lakes), Le Conte Canyon, and McClure Meadow. This section of the hike is definitely the most challenging, as backpackers will be faced with deep valleys, foothills of mountains, and huge watersheds.

Sequoia National Park is a beautiful way to wrap up the John Muir Trail, or to just come for a few days of backpacking. 22 miles of the trail pass through this park, where backpackers can take in the giant sequoia trees and towering mountains. The west side and the east side of the park offer different experiences for hikers, however, those that have enough time can trek both parts. From the west, you’ll see the trees, from the east, you’ll get to see Mt. Whitney. The trail also passes through Forester Pass, which is the highest pass on the John Muir Trail.

Again, depending on where you choose to start the trail from, the summit of Mt. Whitney is the end of this trail. At 6,000 feet, the peak is the highest in the contiguous United States, and therefore a great way to admire the views and your accomplishments of conquering all, or some of the John Muir Trail. Because the altitude gain is quickly increased, the John Muir Trail is often hiked from North to South, giving backpackers enough time to acclimate to the changes. Although many sections lead into the mountain, the JMT part, as it is often referred, enters the mountain at Whitney Portal, where you can snag some awesome views of the peak. Part of Mt. Whitney lies in Sequoia National Park, and the other lies in Inyo National Forest, another great place to hike the JMT.

Bring Christmas to the Backcountry with These New Traditions