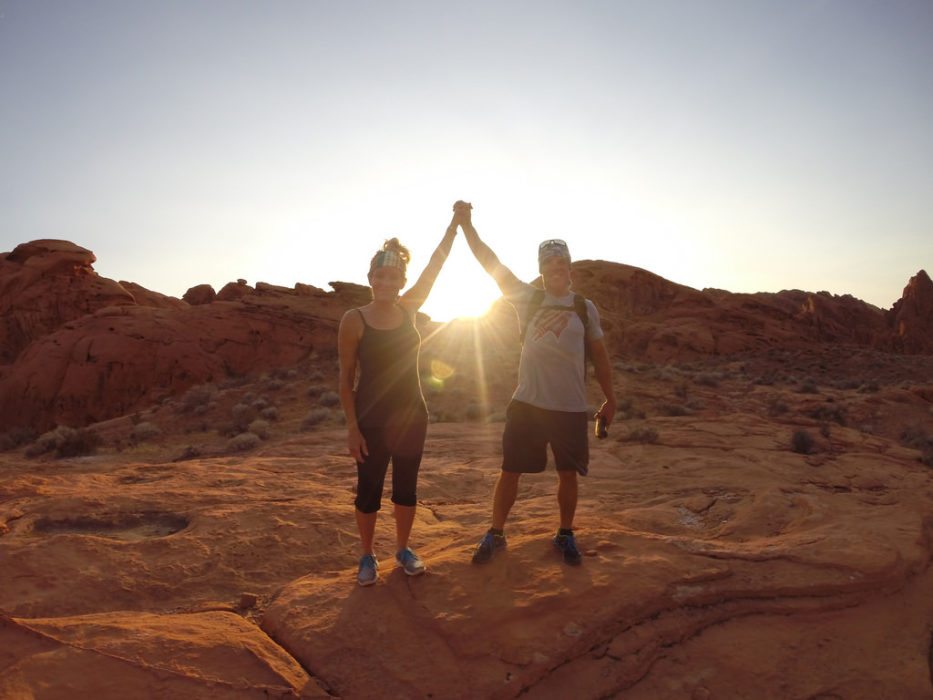 As the Rio 2016 Summer Olympics head into its final weeks, it left me wondering…

Why is hiking not an Olympic sport?

I did some research, and I was a little surprised as to what I discovered. For one, many people don’t consider hiking to be an actual athletic sport. People who possess this opinion, both hikers and non-hikers alike, don’t necessarily mean this in an offensive way. Instead, they feel that if hiking were a sport, it would take away from its ultimate purpose. Many people like to hike as a way of escaping life’s demands and choose to do it at their own pace. Turning it into a sport might put pressure on hikers, and discourage people from doing it altogether.

The other reasons are more practicalities. How would we measure this sport? How would scoring work? Where would it take place? Would it be considered for the summer or winter Olympics, or both? Would Olympic hikers be thrown into the Amazon of Brazil or the peaks of Mt. Fuji and receive medals based off who finished first?

Surely, the “champions” of these sports should be able to compete at the Olympic-level no matter what. After all, isn’t the Olympics merely a measure of the best of the best?

Alright, so hiking can’t be considered an Olympic sport. We kind of get it. But, could it fall into the categories of another event? Perhaps it would instead fall into a more “likely” Olympic sport, like “adventure racing,” or “orienteering.” Hmm…

The problem with adventure racing is that first of all, it’s not really hiking at all. It includes a lot of sub-sports, like running, mountain biking, bouldering, paddling, cross-country running, and others. Most of these sub-sports already have Olympic events and athletes of their own. Adventure racing also doesn’t have a governing body.

Okay, no adventure racing. But, what about “orienteering?”

Orienteering is a sport that involves basically making it from one navigational point to another. While foot orienteering is becoming more and more popular, it seems that ski orienteering would have a higher chance of qualifying for the Olympics, one reason being it does have a governing body.

Unfortunately, skiing is not even close to hiking. So, that one’s out.

What about obstacle-course racing?

However, there might be some hope for people who want to see some kind of outdoor adventure as an Olympic sport. Obstacle-course racing might qualify as a hiking-related sport that could be given a ticket into the Olympics in the future. It’s become one of the most popular sports in the United States, with competitions like “Tough-Mudder,” and “Spartan Races.”

Adventure racing icon Ian Adamson is the person advocating for getting obstacle-course racing into the Olympics by the next two or three summer games. Though Adamson would have probably liked to see adventure racing as an Olympic sport, obstacle-course racing recently scored a governing body, known as the International Obstacle Racing Federation. Their chances of qualifying, therefore, are much more likely.

That being said, there’s a lot of debate over what should and shouldn’t be considered an Olympic sport. Why is synchronized swimming an Olympic sport, but competitive cheerleading not? Why is table tennis a sport, but squash not? In some cases, it comes down to a matter of opinion. Ultimately, though, each sport needs to have a governing body and needs to be played by countries around the world. If people don’t consider hiking to be a sport, then the other two requirements probably won’t catch on.

But wait! I’ve kept the best surprise for the end…

How many hikers out there are familiar with “Class 5 Hiking?” As of August 3rd of this year, Sport climbing has been approved as an Olympic sport for the Tokyo 2020 Summer Olympics. Sport climbing, which may also be considered “Class 5 Hiking,” is just around the corner.

So, hiking in itself, an activity that’s defined as “Walking for a long distance, especially across country or in the woods,” might never be considered an Olympic event. But, you know what, maybe that’s not a bad thing. Those who love to hike as a hobby, as a leisure activity, or as a work-out, can continue doing what they love.

In the meantime, we’ll keep an eye out for those “Class 5 Hikers” who have a shot at the Olympics; 40 men and women from around the world who will compete under the governing body known as the International Federation of Sport Climbing (IFSC) in four years from now.

I can’t wait to see what the future will hold for these outdoorsy competitors.

10 Things You Should Know Before Hiking in Summer

Not Sure Which Parks to Hike This Winter? We’ve Got You Covered