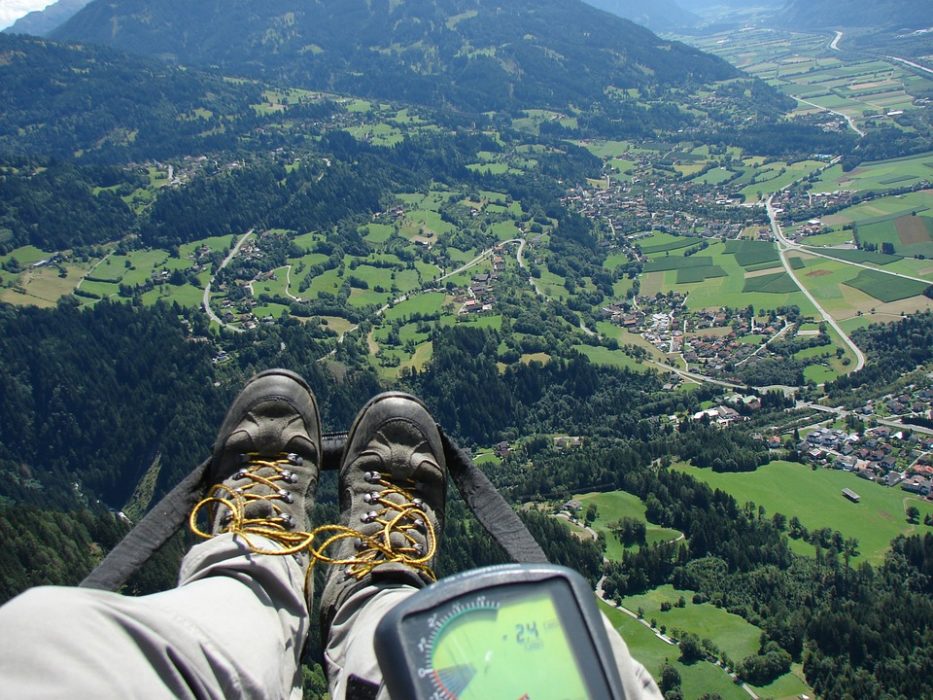 Technology is changing each and every day. There are thousands of gadgets for use in the backcountry, and deciding what to buy is mind boggling. By the time we get familiar with something new that’s out there, something else has already hit the market. Before we invest in something that can help our time in the outdoors, it’s important to understand the impact technology has on us. There’s definitely a lot of talk that goes on about whether or not this kind of gear is useful or useless. Before you decide, take a look at these backcountry technology myths, debunked!

When we think of modern day gadgets, our mind usually goes towards things that are high-tech. Things which either run on a battery, a cord, or maybe even solar panels. However, the true definition of technology is actually, “The application of scientific knowledge for practical purposes.” A long time ago, a simple book could have been considered a piece of technology. It doesn’t always have to be a crazy gadget, but something that can inevitably make hiking in the wilderness just easier.

Myth #2: Technology takes away from the nature experience

In some cases, things like smartphones, mp3 players, and handheld video games, can certainly take away from the experience. But, if it makes someone connect with nature better, then why not? We are not to judge. Similarly, technology like GPS navigators, solar powered chargers, and altitude-measuring watches can also really add to our experience in the outdoors. But, for some people, these devices may be too much for them. Maybe this isn’t quite a myth, but it’s definitely a matter of opinion!

While some pieces of outdoor technology can be rather pricey, there is almost always a way to find something for cheap. Stores always have sales. New generations of devices always hit the market, that don’t necessarily disqualify the version that came beforehand. The most important thing is to always read reviews before buying making an investment.

Buying expensive backpacking devices could be looked at much like getting a tattoo. If you think you want it now, you should maybe hold off. Give it a year or so, and if you still want it, then get it. Okay, so technology isn’t quite as permanent, but having this kind of mentally helps you from buying something you won’t use. This way, you’ll most likely be very happy with your purchase.

Myth #5: Using technology is taking the easy way out

If you think using technology is a cop-out, then perhaps you haven’t gone outside much. Though humans are capable of doing a lot more than we think, that doesn’t mean we shouldn’t use technology. We’re not saying you have to rely on it. In fact, studies have shown that relying on it too much can actually be rather dangerous. But, a majority of the time, outdoor technology is designed with the idea that it will make hiking safer and more accessible. Who wouldn’t want that?

Myth #6: My phone can do everything, so I don’t need anything else

Smartphones can perform many functions, that is true. However, it’s important to remember that a phone is a little good at everything, but certainly not great at one task alone. (Except for making phone calls, which by the way can be crucial if you get lost.) While your phone has a GPS, you might not want to rely solely on that when you’re lost in the wilderness. And, while it might be able to measure altitude, it’s not quite as reliable as a barometer. Additionally, even though your phone might be able to take some pretty badass photos, it’s not quite as remarkable as digital recording binoculars or a GoPro.

Myth #7: I won’t be taken seriously if I don’t have the right technological gear

Interested in using technology but concerned about what others will think? Then by all means, tell them to “take a hike.” You’ll meet people who choose not to use technology at all, as well as people who really depend on it. Perhaps you’ll meet people who fall in the middle of the two. Does this sound like you? Then that’s great. Just as long as you don’t end up like this guy:

Myth #8: If the cavemen and nomads did without it, then why can’t I?

If the cavemen had matches, headlamps, and detailed maps, don’t you think they would have used them? Probably.

But seriously, no one needs technology in the backcountry. If you’re able to navigate on your own, then that’s incredible. After all, carrying all that stuff around can be so heavy, that it’s better going without it. But, if you ever feel that technology would just make your life easier and your loved ones less worried, then go for it!

A Step by Step Guide to Using a Handheld GPS

The Best Snowshoes On The Market from 5 Different Brands