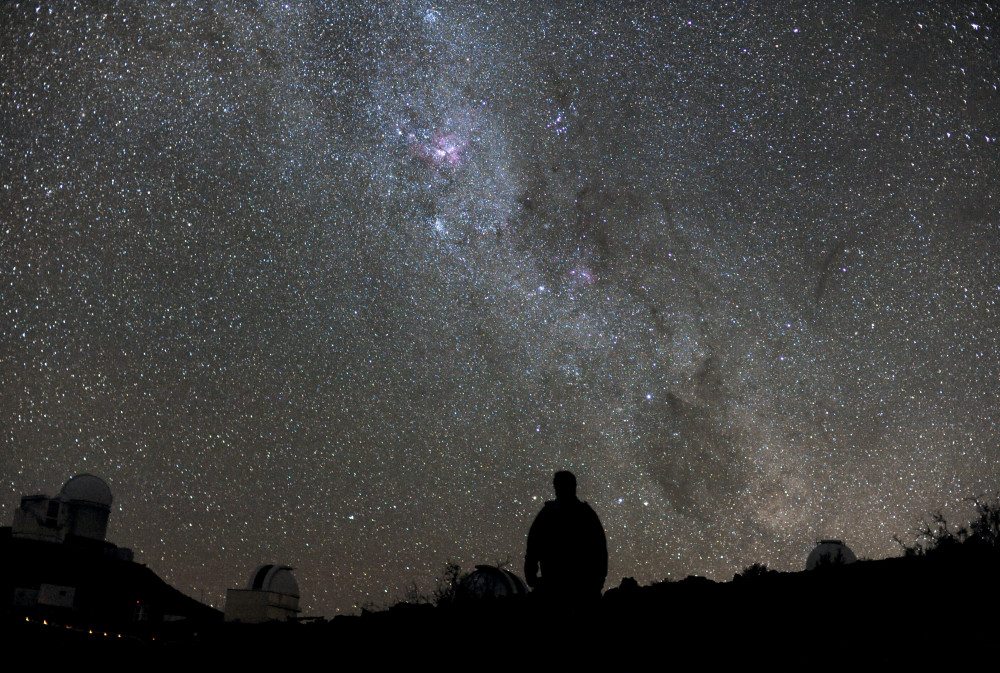 Though most backpackers rely on detailed maps or GPS devices to help them navigate through the wilderness, there are ways to use the sky to help guide you as well. Using stars was not only the first way explorers got around, but they were also used to determine many other things, like calendars, harvests, fortune telling, and even just admiring the stars and recognizing the constellations. Next time you go out on a backpacking trip, try these tips if you get lost, or just want to practice.

This one is a given, and most five year olds know about Polaris. It’s not hard to find, as it’s fairly bright, however it’s not the brightest star in the sky. If you can locate Polaris, then you’ll know which direction is north, and you can then determine east, west, and south likewise. The North Star is the last star in the handle of the Little Dipper. Also, if you look at the top right star of the pot of the Big Dipper and count seven stars up (known as the ‘Plough’), you’ll reach the North Star. Lost out in the backcountry? This star can help you get back on track.

If you’re having trouble finding the North Star as well as the Plough that was supposed to help you in the first place, then try looking a bit more south to spot Cassiopeia. Cassiopeia is visible above 34 degrees latitude, and appears to look like a wide ‘W’ on its side, or a pointy capital ‘E’, composed of 5 stars. Looking at the top star and heading right diagonally, you’ll be able to spot the North Star.

Being able to connect the stars that help us visualize Orion is a difficult task. However, if you can spot it easily, this constellation can really help you navigate. Using Orion’s Belt, three bright stars that almost form a perfect horizontal line, can help you figure out your way. Orion rises in the east and sets in the west, and the first star to rise and set in the belt, Mintaka, can be used to identify true east and west directions. That’s because Mintaka is always within one degree of east and west, so if you can find it, it’ll be a pretty accurate point.

Finding Angles and Latitudes With Your Hands

So you’ve found what direction you’re going, but you need to get a lot more specific. Luckily, your hands and fingers can actually be used to get a fairly rough estimate at what latitude you’re at, specifically in the Northern Hemisphere. If you’re not a geometry expert, and not many people are, then the first thing to understand is that when you look up, you’re staring at 180 degrees, or half of a 360 degree sphere (the Earth). Easy enough? Once you got that down, you can use this semi-sphere to break up into angles:

Your Fingers: Making a ‘hang ten’ sign with your pinky finger and thumb stretched out, is a distance of about 25 degrees wide, about the width of the Big Dipper. Continuing on, the distance between your index finger and pinky is 15 degrees, your middle and pinky, 5 degrees, and your ring finger and pinky, 1.

Your Latitude: This one is easy. Using your hands and fingers, measure the direct ‘distance’ between the horizon and the North Star. That’s your latitude!

While not as reliable as using your hands or the stars, the moon can be used to help you out, too. If the moon is a crescent moon, draw an imaginary line from both horns, and continue straight down from the bottom horn. Wherever the line touches the horizon is directly south.

Again, while not always perfectly accurate, the sun can be used to figure out directions as well. Because of the Earth’s rotation every 24 hours, the sun always has the same spot in the sky at certain times of the day, so you can look at the sun as a clock. Beginning at midnight, the sun is in the north (even though you can’t see it). At 3 am, the sun is north-east. At 6 am, the sun is east, 9 am southeast, south at noon, southwest at 3 pm, west at 6pm, and northwest at 9 pm. This is because you can essentially break up the Earth’s rotation across the sky into sections of 15 degrees an hour (15 x 24 = 360 degrees).

Next time you head into the back country, give these tips a go. You’ll never know when you might need them.

10 Things You Should Know Before Hiking in Summer

Treating Wounds in the Wild