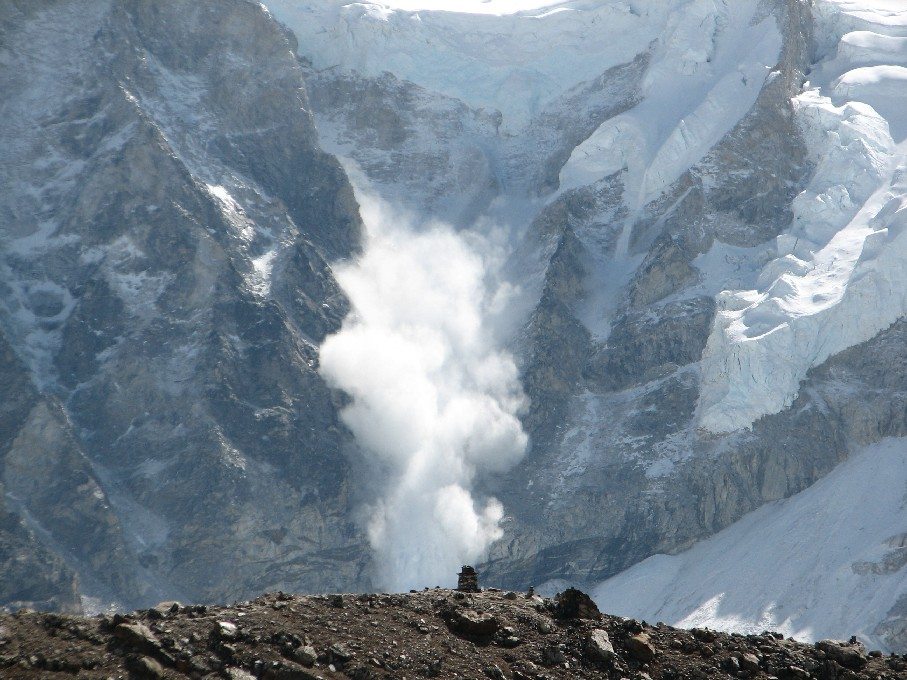 While winter hiking presents a lot of dangers, there’s nothing quite as terrifying as the potential for an avalanche. An avalanche is when snowfall gets too heavy, making layers upon layers of snow slide down at rapid speeds. Additionally, avalanches can be caused by earthquakes or animal movement. There’s really no way to predict or plan for an avalanche, however, there are ways to prepare yourself for when and if it happens.

Understand avalanches and research the trail you’re going to. It’s likely that there are certain areas that have had a history of avalanches, or that are more prone to them due to recent weather and natural activity. After the first 24 hours of snowfall, the chances of an avalanche are much higher. Even though national parks do their best to keep you safe, somethings are unpredictable and inevitable, and you have to be smart while on the trail. Many backpacking supplies stores have avalanche safety courses, which wouldn’t hurt to sign up for.

There’s a lot of gear out there that you can invest in, which is specific to helping you in case of an avalanche. Keep in mind, a lot of this gear requires training and extensive practice. If you don’t know how to use it, then it’s of course, useless. Here’s a list of what you need:

What to Do As It’s Happening:

Just because you have all this gear and knowledge about avalanches, doesn’t mean it’s all going to help when push comes to shove…literally. There are certain survival tips and techniques that have proven to be effective when caught in a terrifying situation such as an avalanche. Most importantly, like with any scary situation, is to stay calm. The more you panic, the more likely you are to remember these other tips:

If an avalanche is sliding down into you, the best thing to do is lie on your back, and swim as you would if you were doing a backstroke, except with the flow of the avalanche. While this might seem impossibly scary, it might be the only thing that could prevent you from getting buried. If you’re too panicky to swim gracefully, then just flail your arms around like you’re doing the doggy paddle.

The other thing to do is keep one fist up in the air, this way when the snow covers, others can easily find you and dig you out. It also helps for you to determine which way is up. Additionally, try to dig a little hole near your mouth so you can breath. Be aware of your breathing. Once you make a hole, try spitting. Wherever the spit falls, you’ll need to dig in the opposite direction.

Surviving an avalanche is all about timing. Statistically, if you can be rescued within the first 18 minutes of burial, then your chances of survival are around 90%. However, between 19 and 35 minutes, the rate of survival is less than 60%. After 36 minutes of not being rescued, only 1 in 3 have ever survived. The main cause of death is suffocation and traumatic force on the body, mainly the lungs, which makes it impossible to breathe. When snow settles immediately after an avalanche, it stiffens like concrete, but yet the human body is much denser, sinking right into it.

Again, it’s not so important that you get yourself out right away, but that someone else can find you quickly, and that they can get you out. For this reason, among others, winter hiking is always safer with a group.

Disclaimer: Following all of these tips won’t necessarily guarantee your survival. However, it will make you more knowledgeable about what to do if you find yourself in the midst of an avalanche, making sure you’re as prepared as can be.

previous Getting Suited Up: Basic Winter Gear
next 13 Easiest Snacks for the Trail

This is How You Hike for Charity

How to Be Environmentally Friendly While on the Trail