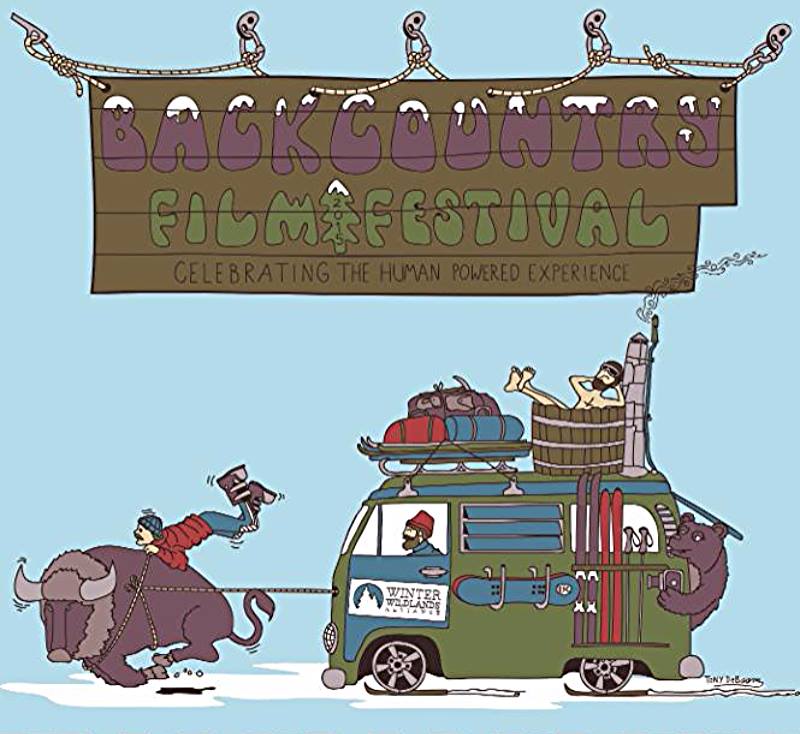 This week, the Backcountry Film Festival kicks off in Spokane, Washington. There’s film festivals for all kinds of genres, and though it might be harder to find, the backcountry world is certainly no exception. Though it’s safe to say that most backpackers would rather spend their time outside instead of in front of a movie screen, being able to watch a cool film about the outdoors is as good excuse as any to change up your routine. If you don’t attend the festival, you’ll surely be missing out on what is guaranteed to be an awesome night:

Because there aren’t enough Backcountry films out there:

Sure, we’ve all seen Wild, Into the Wild, and Bill Bryson’s A Walk in the Woods. While these are great films that backpackers can relate to, they’re still, for lack of a better word, ‘commercial’, despite the fact they’re based on true stories. Though we can appreciate these movies, they aren’t always a good representation of what we actually experience while out on the trail. The Backcountry Film Festival features films that touch upon more specific aspects involving what it’s like being outdoors. Some of these include ‘Japan by Van’, which is a film about the backcountry of Japan, as well as ‘Always Above Us’, which discusses what it’s like to be a climber.

Though you might be working hard to check off America’s backcountry destinations, this big country can sometimes make you forget that there are tons of other backcountry places around the world that we don’t get to see, let alone learn much about. The films at the Backcountry Film Festival have been put together by artists from all over the world, allowing you to get some insight on what hiking is like in other places.

Because you’ll meet others:

It’s not always easy to meet other backpackers, and nowadays, people are searching for more and more opportunities to meet others that have the same interests as themselves. The best thing about attending the Backcountry Film Festival is that you’re touching upon two interests you have; being outdoors and also watching films! Surely, you’ll meet other people at the event who are just as stoked as you are, which is enough of a reason to try something new.

Because in its 11th year:

When you attend something that’s in its first year, you never know quite what you’re getting yourself into. The Backcountry Film Festival has been wow-ing it’s viewers for ten years now, and it’s likely that it will keep doing so for years to come. Beginning this month, the Backcountry Film Festival is hitting cities all over the country, as well as a few around the world.  You can be guaranteed that this night won’t be disappointing.

Because it’s for a good cause:

Keeping up the trails you love to hike takes a lot of care, but it also takes money; something that’s not always easy to come by. The Backcountry Film Festival is a fundraiser in which all proceeds will go to the Winter Wildlands Alliance, which promotes and preserves winter backcountry that we love so much.

As hikers, we know that we have to be very careful to protect the trails we are walking on. In addition to the rules we know we have to follow, there’s also a certain amount of unwritten rules, too. These are known among backpackers everywhere, so that we can work together to protect these areas for as long as possible.

The Winter Wildlands Alliance realizes that the use of motorized vehicles in vulnerable areas can really hurt the trails and the conditions winter hikers wait all year for. The goal of the fundraiser is to help this non-profit do everything in their power to protect the areas we love. Therefore, the money raised from the Backcountry Film Festival will help the WWA create a healthy balance for winter recreation. They hope to encourage those in charge to create an environment where all winter recreation activities, from snowmobiling to skiing, can be done in a way that’s best for everyone. This of course includes helping the trails that can’t speak for themselves.

Because it’s damn cold out!

As much as we can appreciate it, some of us just aren’t huge fans of winter hiking. For us, spring can’t come any sooner. If you can’t bear to be away from the outdoors much longer, then hit the Backcountry Film Festival in your local city to get you as close as possible to the experiences you love the most, without having to freeze your buttocks off.
The Backcountry Film Festival costs $12 a ticket, and for that price, you’ll have a good night while also helping to make a difference. If you haven’t done so already, trade in your winter-backpacking blues for a fun night full of creativity, purpose, and all the outdoors you can ask for (while still being inside!).

The Best Snowshoes On The Market from 5 Different Brands