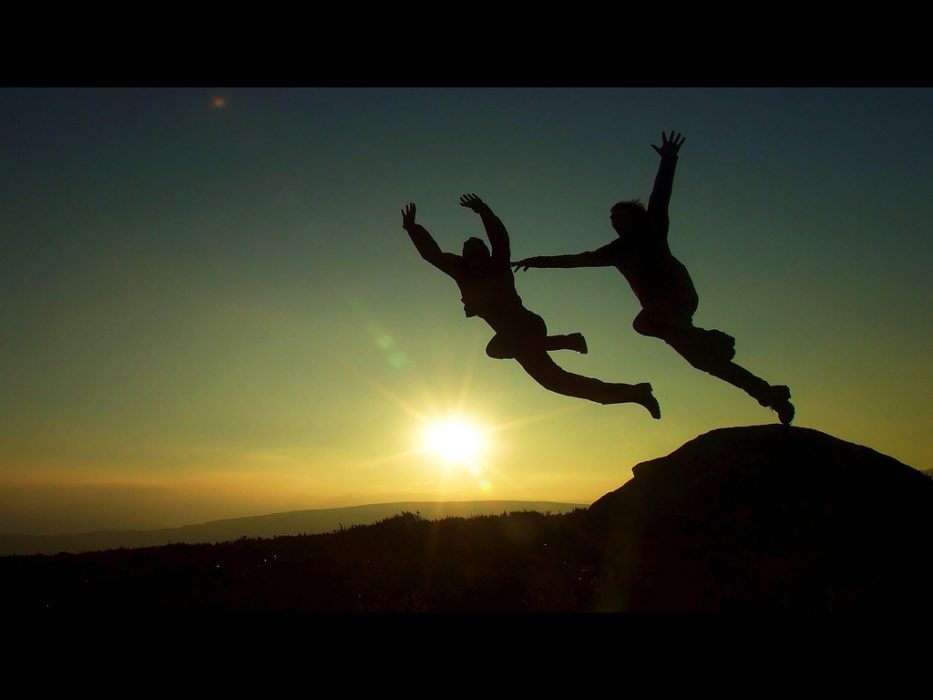 Cliff jumping is one way to make your back country experience even more exciting. While you or someone you know might be a junkie for wild animals, rock climbing, or freezing alpine hikes, those with fear of heights might want to pass up on this one. Cliff jumping can be extremely dangerous, and it’s important to know the risks before just jumping off a giant rock. That being said, if you’re feeling adventurous (and courageous), then consider checking out these places the next time you’re on a hike:

This 100-acre park located in South Burlington, Vermont, is one of the most well-known places in the northeast for cliff jumping. The park has gorgeous trails which run through it, where you can admire the pine trees until you finally reach the spectacular views at the beaches. That’s where you’ll find the cliffs which are up to 80 feet tall, though you can (and should) choose the lower ones. If you do decide to jump, be very careful. Accidents have happened here.

It’s easy to find good cliff jumping spots anywhere in Hawaii, but this one is famous. Cliff jumping is actually somewhat of a pastime in Hawaii, and it comes more naturally to the locals as opposed to a fear of something. Kahekili’s Leap has an interesting history of warriors jumping off here to prove their bravery, and it truly is the birthplace of cliff jumping. Nowadays, non-warriors come here to give it a try, but it’s recommended that only those who are experienced actually jump. At 63 feet high, don’t feel bad chickening out and just hiking here instead.

Havasu Falls is one of the most beautiful places to hike in the entire country, but who knew that the falls were also a place to take a leap? Is it awesome? Yes. Dangerous? Incredibly. At 125 feet, you’ll be taking a risk, but not one that no one else has tried before. If you make the hike from the Grand Canyon to here, that’s really amazing. If you make the jump, then you really are a backpacking hero.

The crazy thing about cliff jumping into the stunning Crater Lake is not the cliffs themselves; they’re rather low. It’s the temperature of the water, which would certainly give you that adrenaline rush you’re looking for. While it’s not a hugely popular destination for back country cliff jumpers, people have done it. To do so, hike the Cleetwood Cove Trail, which will bring you to the water’s edge.

Tally Lake in Flathead National Forest is an gem for backpackers. With tons of hiking trails, opportunities for mountaineering, and dozens of campsites, it’s a great place to get cozy with the outdoors. Don’t get too comfortable though; Tally Lake, which happens to be the second deepest lake in the state, has been intriguing for those who find themselves looking down at it, ready to jump in. With some cliffs reaching 100 feet high, it’s not such a bad idea to just walk away…

Lake Powell has been in the news lately for repeated deaths leading to stricter safety precautions in the park. But before you let that scare you away, the deaths were not always related to cliff-jumping. However, the National Park Service wants you to be as safe as possible. Cliff jumping under 15 feet here is not prohibited, but you’ll still find people ‘disregarding’ the rules. There are some gorgeous hikes and canyons here as well, so if you change your mind, it’s okay.

Located in Los Padres National Forest, Tar Creek Falls is an excellent option for backpackers who like a challenge. Just to get to this cliff, you’re going to have to hike about 70 feet up a rock wall. Once you reach the top, you might feel the urge to cool off, which is where the cliff jumping comes in. Check for updates though, as the trail may be temporarily closed to protect the California Condor.

Despite the glamour of LA, Southern California actually has some of the best backpacking spots in the country, which lead to some of the best cliff dives you’ve ever seen. Just a few hours outside of Los Angeles you’ll find Lake Arrowhead, which is known for two famous cliff jumps: The Mound, or Gilligan’s Island, which is right around the corner from the first jump at Aztec Falls. The water here is quite deep, so the jumps here tend to be more safe than others. Additionally, the hikes leading here are pretty decent, so you can make a nice trip out of it.

There you have it. Backpacking can have enough situations that make your heart jump, and cliff jumping is certainly no exception. While it could be one of the best memories of your backpacking adventure, don’t let it be the last. If you’re going to try it, treat it as serious as any other risk you might take while hiking.

Healthy Food Choices On and Off the Trail

Conservation Officials Are Urging People to Stop Hiking the Adirondacks