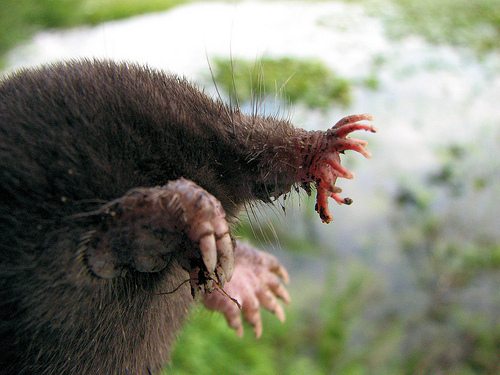 While hiking in North America, you can expect to see everything from moose and deer, to rabbits, foxes, and hopefully from a distance, bears and mountain lions. Living here, you pretty much know what to expect when it comes to seeing the wildlife. However, there are some animals in North America’s back country that perhaps you’ve never heard of or seen before. Look out for them the next time you’re out on the trail:

We’ve all seen porcupines before, but this guy isn’t quite the same as the cute little pet you have in your bedroom. The North American Porcupine has a unique history of migrating up north from South America, becoming one of the largest rodents you can find on your hikes. This animal can be found from Canada to Mexico, although it can be hard to see because it sleeps inside dead trees and blends in well with its environment. Watch out; if you thought a skunk was bad, the odor this animal releases to protect itself from predators is preferable over its quills.

If you get the heebie-jeebies just thinking about creepy crawlies, then you’re going to want to try to avoid this one. This centipede is the largest of its kind here, growing up to eight, freakishly long, inches. While you might think this thing is gross, many bug-collectors think it’s one of the most beautiful creatures out there, especially the Giant Red-Headed Centipede. You can find these guys in the deserts of the southwestern United States. Don’t get too close; these things can bite.

The pronghorn is the fastest animal land animal on this side of the world, and perhaps the funniest looking, too. Though many confuse it with an antelope, it is actually not a member of the same family. These animals are truly majestic creatures, which were first discovered as far back as Lewis and Clark. Nowadays, you can find them ranging from Canada to the tip of Mexico, in open areas of high elevation. Keep your eye out for them; although they aren’t endangered, it would be awesome to catch a few during your hike! 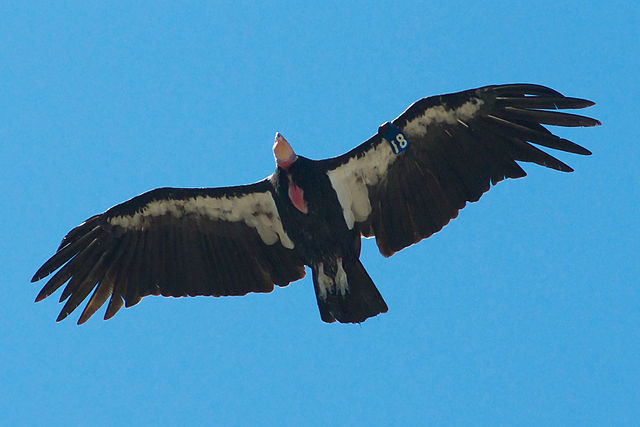 Getting to see the largest land bird in North America in the form of a California Condor is really a once in a lifetime experience. That’s because this bird was officially declared extinct in the wild in the 1980’s, but since has been bred in captivity and reintroduced into the wild. You can look for them in and around the national parks Arizona and Utah, as they’re easy to spot with their ten-foot-long wingspan and jet-black color.

Catching the Snowy Owl in the northern United States isn’t so unusual these days, despite the fact it’s typically found much farther north. That’s because due to various reasons, the Snowy Bird has been unable to find a necessary amount of food, leading it to migrate further south than usual. Trying to find this guy in the winter might be tedious task, even though its features stand out well. Finding one will certainly be a beautiful sight.

You may have seen a photo of this interesting-looking animal before, but don’t let its weird looks freak you out. Okay, so it’s nose doesn’t look quite like a star, but it’s what the animal uses to keep itself safe and survive. They are intriguing creatures that can be found in the wetlands of the northeastern United States and Canada, but it has been found more south than that. You’re going to have to look hard for this one though; after all, it is a mole.

These sheep aren’t anything like the ones you’ll see in a children’s story book, but they’re probably not going for the cute and cuddly look anyway. The Big Horned Sheep gets it’s name from, well, it’s big horns. This lovely animal came from Siberia by crossing over the Bering Straight, and has since made its home in the various regions of the United States and Canada. You can find a majority of them in cooler regions, but they also live in warmer, desert climates as well. Look for them near mountains slopes, cliffs, and elevated meadows.

These hogs, also known as Javelinas in the southern part of the US, look like giant, hairy pigs. They prefer warmer climates, and you can be sure to see tons of them in places like Texas and Arizona, though they are much more prevalent in Central and South America. Javelina and humans do live close to each other, but if you’re not from the area, you’ll be pretty surprised when you first see one just roaming around. Although you could catch them in a friend’s backyard, look out for them in the back country of shrub lands and deserts, too. There’s even a hike called the Javelina-Ridgeline Trail near Phoenix.

Spotting wildlife while backpacking is an awesome experience, but seeing some of these unique animals will really make it special.

What Your Body is Trying to Tell You