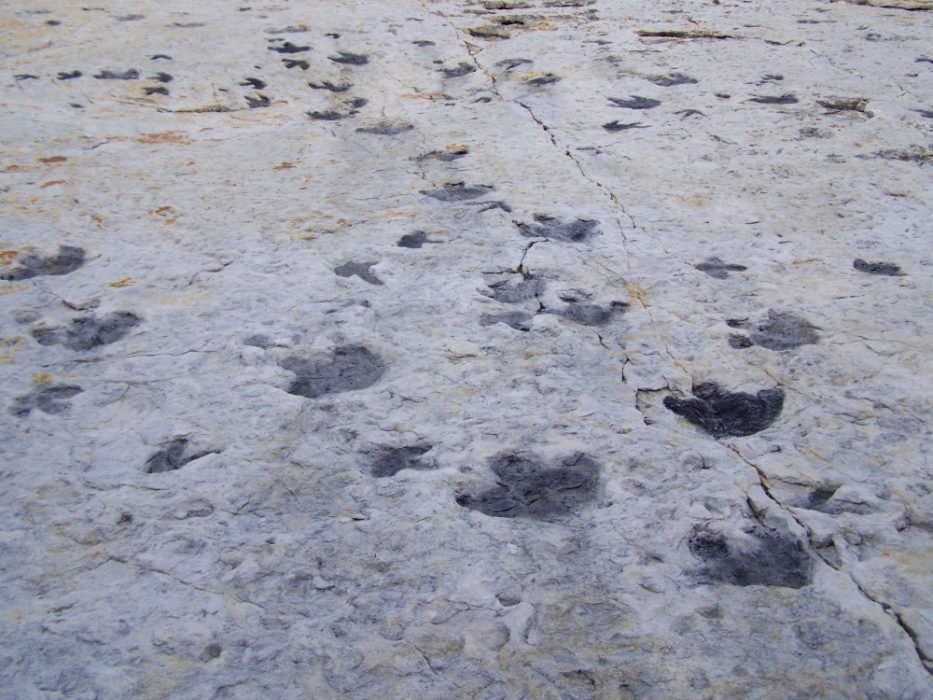 This past week, a Norwegian hiker came across something unexpected during his hike in the Haukeli region of Norway. While hiking, Goran Olsen noticed an object lying beneath some rocks, and when he went to investigate, he realized what he saw was a unique-looking sword. It turns out the sword once belonged to a viking, and when dated, it was recorded at 1,200 years old. Pretty cool!

While Olsen’s discovery is rather amazing, he’s not the first backpacker to discover something along his path. Many backpackers have come across major findings during their hikes, some of which had a big impact on science or archaeology. Olsen found something awesome, but you won’t believe what some of these backpackers found:

When two German hikers, Erika and Helmut Simon, were hiking in the Otzal Alps, they never thought their little adventure would turn into one of the biggest archaeological discoveries of the 20th century. On their descent, they noticed something that looked like trash in a puddle of meltwater. However, when they approached it, they discovered it was actually a body, which had been preserved in ice for quite some time; some time being about 5,000 years ago.

When Peace Corps volunteer Grant Adams was spending his two-year placement among the Andes in Peru, his excursions in the foothills of the mountains led him to discover a lizard that no one had ever seen before. Due to Adams’ effort as well as those in his community, the lizards were able to be caught and researched. It’s now known as Euspondylus paxcorpus.

When Jordan Liles was hiking in the Great Smoky Mountains National Park of Tennessee, he came across an abandoned town deep within the wilderness. Though it turns out that the town he discovered was once part of the Elkmont Historic District, it has long been a ghost town lying in the middle of a gorgeous national park. If you can’t make the trip yourself, then check out Lile’s video of the experience called ‘Tennessee Wonderland’.

While it may not have been your typical hiker who discovered these ancient texts, the Dead Sea Scrolls were found by a Bedouin tribe looking for a lost goat along the Dead Sea. Though the Dead Sea is surrounded by beautiful hikes that many backpackers come to try, Bedouins are nomadic and constantly moving about these areas. However, this time, their roaming led them to one of the most amazing finds of biblical texts, dated back to the beginning of the Common Era.

54 years ago, a small plane on a domestic flight crashed into the Andes mountains of Chile. The tail of the Douglas DC-3 was discovered shortly after the disaster, but it wasn’t until February of this year that hikers stumbled upon what was believed to be the fuselage of that same plane, surrounded by bones from some of the 24 victims that all died on board (presumably). The hikers were more than 10,000 feet up and quite a distance from Santiago, where LAN Chile Flight 210 was heading when it crashed. Since the discovery was so recent, confirmations of the investigations have not yet been released.

Back in the late 1950’s, a group of seven backpackers hiking Pico de Orizaba, the highest mountains in Mexico, got hit by an avalanche that took three of the hikers lives so suddenly. This past year, other hikers set out to do essentially the same exact trek as that the first group had done. Unbelievably, they came across two of the bodies from that avalanche, which were positively identified as two of the hikers that lost their lives that day. The third hiker is still missing.

A New Form of Cannabis

When a group of hikers were trekking through the Blue Mountains of Australia in 2010,  they came across what they thought looked like weed. Though there’s really only one way to be sure, the hikers decided it was best to report their findings, which turned out to be accurate. The cannabis they found was a new species, a fourth species, that researches have been investigating since the discovery.

No, it’s not Jurassic Park…these are actual dinosaur footprints! It’s crazy to imagine what this hiker would have thought when he came across giant dinosaur prints in the Moab desert of Utah last summer. Once archaeologists got the chance to go out there, they came to find a variety of other similar fossilized footprints in the area. They were found to be 125 million years old, and the footprints among other specimens are now open to the public. Just take the Mill Canyon Dinosaur Trail!

Hiking Mont Blanc in the French Alps is some serious business, but typically the sense of achievement is all worth it when it’s all said and done. However, most hikers don’t expect that achievement to come in the form of precious jewels. A hiker, who remains anonymous, found what was essentially a treasure chest during his long hike, filled with sapphires, rubies, and other gems amounting to well over a quarter million dollars. The jewels are believed to be from one of the two Air India flights that crashed there in both 1950 and 1966.

Next time you hike, keep your eyes open!

12 of the Best Waterfall Hikes in the US

How to Backpack Pain Free with Back Problems