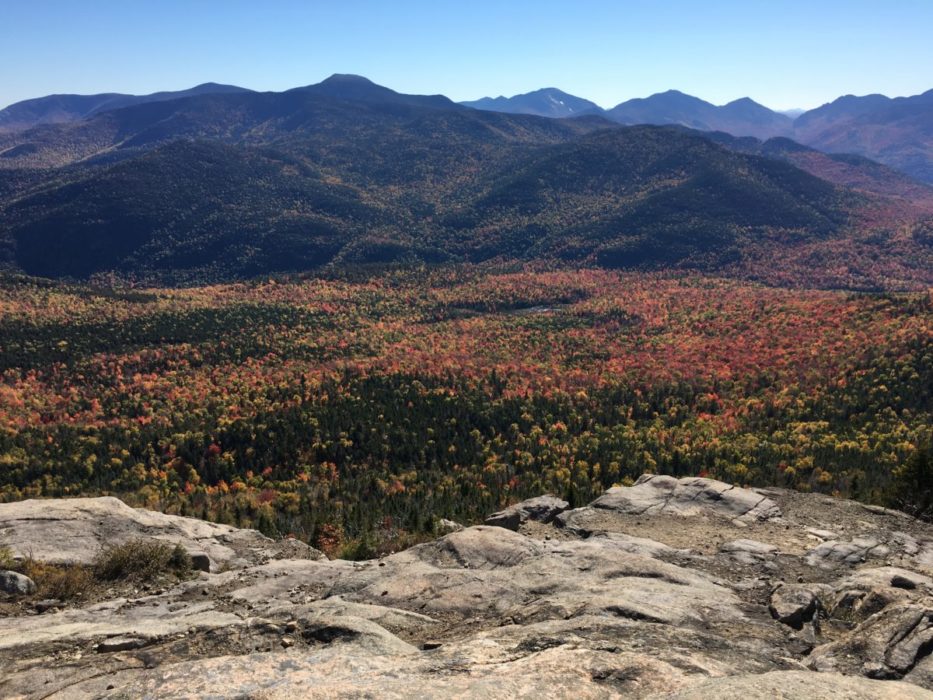 At 6 million acres in size, the Adirondack Mountains – the Northeast’s best kept secret – are hiding in plain sight. It’s only a few hours drive from New York City, Boston, Philadelphia and Montreal. With just a half a day of travel, you can be in the middle of the wilderness, hiking some of the tallest peaks in the state.  It’s very easy to stumble into New York’s Adirondack Park without even realizing you’ve entered a state park at all. That’s because the Adirondack Park is one of a kind. A massive state park created with environmental protection in mind, home to large areas of public lands, protected wilderness and private land and communities.

If you’re lucky enough to have grown up in, near, or visiting the Adirondack Mountains, you know just how special this national treasure is. For the rest of the world, here are 10 incredible facts about the Adirondack Park:

The Adirondack Mountains are huge

At nearly 6 million acres, it’s almost the size of Vermont, and is the largest park in the contiguous United States. The Adirondack Mountains are the same size as Yellowstone, Yosemite, Grand Canyon, Glacier and Great Smoky Mountains national parks combined.

It’s one of a kind

Unlike other state parks, there  is no entrance or fee to enter the Adirondack Park. The Park is comprised of a combination of communities and protected land. About half of the Park is publicly owned Forest Preserve, and half is private land.

Globally, we are loosing wilderness at a rate of 9.6% over the past 20 years. But in the Adirondack Mountains, new public land is being purchased and there is a huge opportunity to expand wilderness. About 1 million acres of the Adirondacks are protected as Wilderness and more than 1.3 million acres of public land is Wild Forest where motorized uses are permitted on designated waters, roads and trails.

It’s the birthplace of the American Vacation

In 1869  William H. Murray, a preacher from Boston, published one of the first guidebooks to a wilderness area on the Adirondacks. His romantic descriptions of the area drew crowds upstate looking to “vacate” the newly industrialized cities for the first time.

It feeds clean water to New York state and beyond

The Adirondack Park contains tributaries for five major water basins: Lake Champlain and the Hudson, Black, Saint Lawrence and Mohawk rivers. If you live as far as New York City, you have the Adirondacks to thank for capturing and filtering your water!

Forever wild at its foundation

The Adirondacks were established in 1892 by the State of New York to protect water and timber resources after most of the park was destroyed by forest fires, logging, and hunting for the fur trade. Today, the Adirondacks are one of the only two constitutionally protected landscapes in the world. Because of this protection, forests have come back. The beaver and moose, once lost from the area due to habitat loss, hunting, and trapping, have also returned.

Our rivers, streams and brooks could circle Earth

The Adirondacks are home to 30,000 miles of rivers and streams and 2,800 lakes and ponds. Plenty of places to paddle, swim, and fish!

Our communities make the Park unique

The mountains are “new”

At about one billion years old, the rocks making up the Adirondacks are amongst the oldest rocks on the planet.  But, the mountains are relatively young and continue to grow taller, as subsurface rock rises from the combined forces of friction between the continental and oceanic plates, and the relief of downward pressure that now-melted glaciers once imposed.  Unlike other mountain ranges in a long strip, the Adirondacks form a circular dome of mountains.

Home to the High Peaks

There are 46 mountains in the Adirondack Mountains that reach just under or over 4,000 feet. These “High Peaks” draw locals and visitors to the area to earn their badge for hiking each of the peaks.

As you can tell, the Adirondacks are a very special place. That’s why we need YOUR help keeping it that way. No matter if you’re coming up to hike, boat, bike, or to treat yourself to a 5-star weekend away, remember that even the smallest things can help or hurt our fragile environment. Be sure to follow the seven Leave No Trace Principles: plan ahead and prepare, travel and camp on durable surfaces, dispose of waste properly, leave what you find, minimize campfire impacts , respect wildlife, and be considerate of other visitors.

In short, pick up your trash, stay on the trail, don’t bring in firewood from elsewhere, and  be respectful to others (humans, plants and animals!) you encounter.

We’d love to hear about your adventures and memories in the Adirondack Mountains. Share your photos with us by using the hashtag #WildAboutThePark on Instagram to be featured!

I’m Mary, an Upstate NY native and Adirondack Park resident. I am the Development and Marketing Assistant for the Adirondack Council, a non-profit citizen environmental group that works full time to preserve our 6 million acre national treasure. I enjoy spending time in my garden, yoga, hiking, biking, kayaking, and being outdoors. “Out of all of the paths you take in life, make sure a few of them are dirt.”- John Muir

Are You Up For This 100 Mile Hiking Challenge?

How to Reach the Best Views in North America’s Backcountry