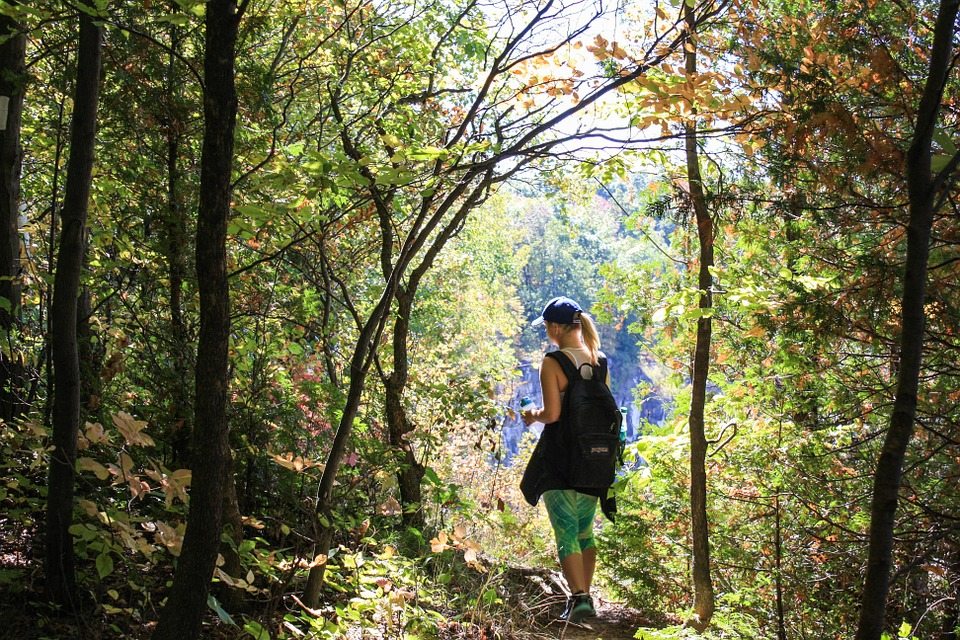 Thinking about moving somewhere new to test the waters? Is your current town or city just not giving you enough when it comes to enjoying the outdoors? Then it may be time for you to make a move somewhere different, or at least make time for a long vacation. It’s no secret that there are areas of the U.S. that are more catered to hikers than others; places where you can smell the fresh air and time passes just a little more slowly.

If you feel like you spend hours trying to find the right place for you, then stop wasting time. We know what you’re looking for. If you want to be somewhere where you can hike every day (and we mean every day), then here’s where you should be looking:

What it includes: The Pacific Northwest includes Oregon, Washington, and British Columbia in Canada. And, depending on who you ask, it may also include Idaho, Montana, Wyoming, and the territory all the way up to Alaska.

Geography: The geography of the Pacific Northwest is very diverse. We’re talking plateaus, mountain ranges, rivers, forests and farmland, beaches and bays. It’s close to the Cascades and other mountains, including the Olympic Mountains, the Columbia Mountains, and the Rocky Mountains. There is Mount Rainer, the Columbia River, and Hells Canyon, to name a few.

Key cities: If you’re interested in moving or traveling to the Pacific Northwest, there are a few key cities you’ll want as your base. Take a look at Seattle, Portland, Vancouver, and Tacoma.

National parks and other outdoor points of interest: If you want to hike every day, the Pacific Northwest has many destinations. Some popular national parks are the Redwood National and State Parks and North Cascades National Park. You’ll also have access to Crater Lake, the Columbia River Gorge, Mt. St. Helens, and of course, the Pacific Northwest Trail and the Continental Divide Trail.

Fun Fact: If you like a variety of cool trees, then the Pacific Northwest has a few treats. There are Coast Douglas Fir Trees, which are the second tallest conifers in the world. You’ll also find stunning redwoods, among other trees.

What it includes: If you’re not into the chilly climate of the Pacific Northwest, then the Southwest is for you. The Southwestern United States includes Arizona, southern Colorado and Utah, as well as the southern part of California, Nevada, and the western part of New Mexico and Texas.

Geography: The Southwestern United States no doubt features a lot desert, like the Chihuahuan Desert and the Great Basin Desert. There are also vast plateaus, like the Mogollon Rim. And, there are water sources, like the Rio Grande.

Key cities: Outdoorsy folk who really want to get a taste of this region should head to key cities like Albuquerque, New Mexico, Tucson, or El Paso. In these cities, you’ll be close to a lot of awesome outdoorsy destinations, which is perfect if you’re looking to hike every day. You can also visit the Four Corner States.

National parks and other outdoor points of interest: If you head to the Southwestern United States, there are many places to get your hiking on. Check out Arches National Park, Mesa Verde National Park, Joshua Tree National Park or the Arizona Mountain forests.

Fun Fact: Out here in the Southwestern region of the U.S., you can find lots of cool wildlife, like poisonous snakes and Mexican wolves!

What it includes: When the name of the region includes the word “mountain,” you know you’re in for a treat. Especially, if you want to hike every day. The Mountain States include parts of Arizona, Colorado, Utah, Wyoming, Idaho, Montana, and New Mexico. It’s generally said to be the dividing region between the Northwest and Southwest regions of the United States.

Key cities: If you like to hike every day, then there are many cities you can choose from to be close to all the action. Check out Denver, Boulder, Lake Havasu City, Salt Lake City, and Flagstaff.

Fun Fact: This region features a collection of the highest peaks in the United States. Are you ready to climb them?

As you can see, these regions tend to overlap each other a lot. But, with so much to offer out west, who really cares? You can basically throw a dart at a map and still end up fairly close to all of these amazing destinations. Sure, there are other outdoorsy regions besides those in the west, but if you want to make it easy to hike every day, come here!

How To Outline Your Backcountry Itinerary for an Extended Hike

8 Peaks to Conquer This Winter