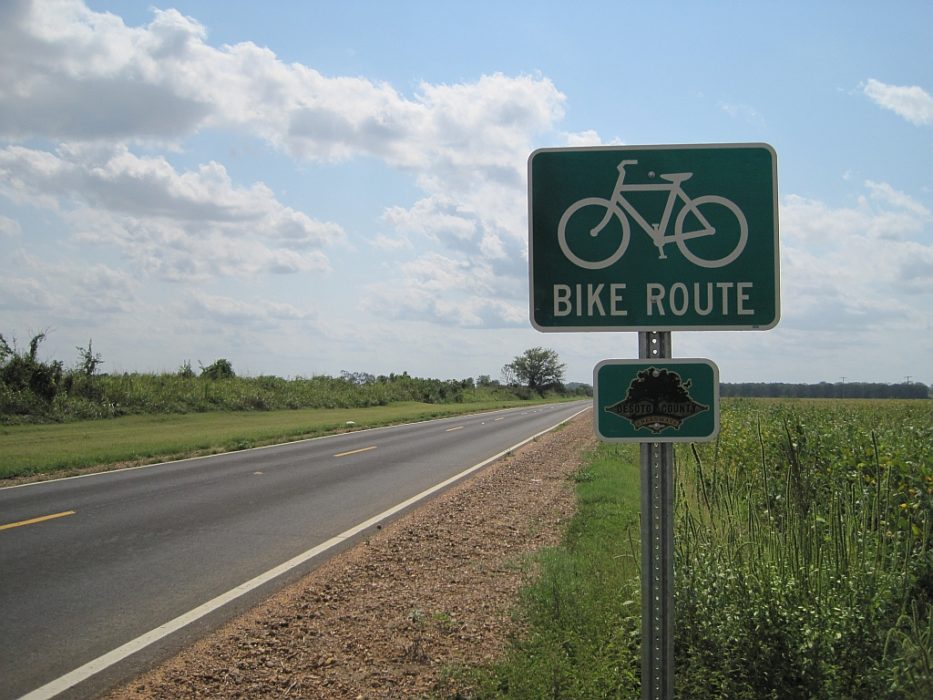 Those black signs with the bicycle image on them? You’ve probably seen them hundreds of times, but hardly ever paid attention to them. Next time you drive on major highways or head across state lines, keep an eye out. You might be surprised at how many you see!

Yes, that’s more than thirty years in the making. The USBRS is nothing new. It was created by the same officials who are in charge of interstate highways and U.S roads. Even after the idea to create linking bicycle roads through the country was thought up, it took another four years to begin putting it into action. It wasn’t until 1982 that the first two of these roads were created; USBR 1, which runs from North Carolina to Virginia, and USBR 76, which begins in Illinois and goes through Kentucky until it hits Virginia.

3. It’s based off routes from other countries:

The U.S isn’t the first to implement a nationwide bike system; it’s actually one of the last as far as first world countries go. Countries like the United Kingdom have already had their cycle system around for quite some time, with nearly 15,000 miles of connected roads. The Netherlands has something similar, as well as the continent of Europe as a whole. Japan has well connected cycling routes across their country as well.

4. The first two roads are old:

After USBR 1 and USBR 76 were created, nothing else was done until 2011. Let’s just say that it took a while to get the ball rolling. Now, each route is maintained by state and local governments, whom work with the American Association of State Highway and Transportation Officials (AASHTO) and other organizations, like the Adventure Cycling Association, who no doubt want to see this system completed as soon as possible.

5. There’s certain criteria for a trail to be considered USBRS:

If a road wants to be a part of the amazing USBRS, it must have at least one of the following things: One-it connects two or more states. Two-it connects multiple U.S Bike Routes. Or, three-it’s a U.S Bike Route that connects with a national border. If you’re a road and you fall under one of these categories, then congratulations; you can be considered part of the USBRS family.

6. It will be the longest bicycle route in the world:

When the USBRS is completed, it will encompass approximately 50,000 miles of cycling trails. Yes, you will actually be able to bike from one end of the country to another, in any direction you choose, for quite a decent amount of time. 40 states are working together to accomplish the largest official network of trails (including Alaska), and if you love cycling as part of your backcountry experience, this definitely belongs on your bucket list.

You might be wondering why the first two roads were USBR 1 and USBR 76. That’s because just like our major highways, the USBRS will work like a grid. Even-numbered routes will run east and west, while odd-numbered routes will run north and south. Among those are routes with three or two digit numbers, depending on whether or not it’s an auxiliary route or a parent route.

9. It will change the way America moves:

Although backpackers don’t typically fall into the “fat and lazy” American stereotype, it’s safe to say that a small investment such as this one will benefit our society in a number of ways. Not only will it stimulate the economies of states and local towns surrounding the bike routes, it will be an alternative way for people to commute to work or to do more exploring on the weekends. It will promote bicycle tourism in the United States, which is something many backpackers and couch potatoes alike really could have never imagined.

So far, the USBRS is at 11,424 miles. As it’s supposed to include 50,000 miles of roads, you do the math. Though a lot of work has been done in the last decade, there’s still a while to go. However, you can help the process here.
For those out there who have the goal of cycling cross-country, soon you’ll be able to do it all on a bike.

previous The SPARtool: A Lightweight Survival Tool
next Backpacking Gear You Can Live Without