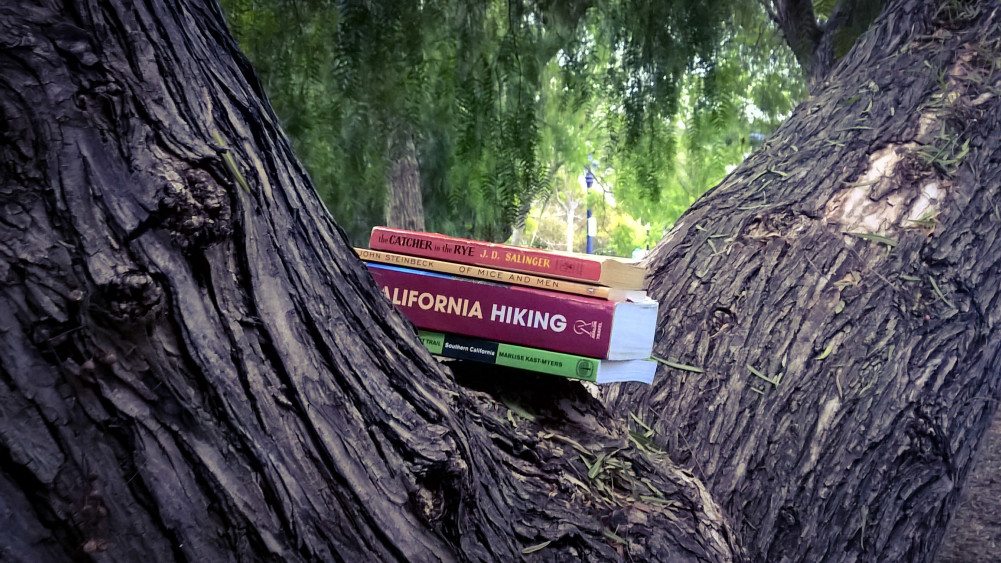 Sometimes we need a bit of encouragement to motivate us to do something different. If you’ve ever thought about packing your bag and heading out into the backcountry, but you need something to spark your sense of adventure, then burying your nose in one of these travel memoirs might certainly help you get in the mood:

A Walk in the Woods – Bill Bryson

Bill Bryson has written many timeless pieces about travel, but A Walk in the Woods is certainly one of his most remarkable works about backpacking. As Bryson hikes the Appalachian Trail, he talks about his experiences as well as the ecology of the trail, the people (and bears) he meets, and so much detail about his adventure that you’ll be ready to do it yourself by the end of the book.

Into the Wild – Jon Krakauer

This amazing story about Christopher McCandless talks about one young man’s desire to break away from his privileged upbringing and make it on his own in the wild, with nothing but a backpack. His story will teach readers about the rewards and dangers of backpacking, and that sometimes man is just not meant for living off the grid. This story is now a movie, too.

If any book will inspire you to get up and go, it’s this book. A story of three women in their late 20’s have decided that they are bored with their current lives, and decide to pack their bags and head out into the world before it’s too late. Along the way, they face many unpredictable adventures, and readers get to hear about them from three different points of view.

Wild: From Lost to Found on the Pacific Crest Trail – Cheryl Strayed

If you haven’t heard about this book (which is now a movie, too), then you’ve clearly been in a hole this whole time (or maybe just out in the wild yourself). Wild’s Strayed is the perfect role model for any person out there who is at a loss of where their life currently stands, and needs a complete change of scenery. Her journey from the Mojave Desert up to Washington State all by herself without any experience, will certainly motivate others to do the same.

The Source of All Things: A Memoir – Tracy Ross

In this emotional story, Ross takes on the demons of her past in the only way she knows how; through the wilderness. Growing up, Ross had a stepfather who taught her to love the outdoors, but when he began abusing her, her connection to nature became a confusing notion to her. This book will inspire readers to use Ross’ journey through beautiful backcountry destinations to inspire them to fight their own battles, whatever they may be, and conquer them by getting away from it all.

My First Summer in the Sierra – John Muir

John Muir, one of the most influential people in the history of the United States’ preservation of national parks, writes about where it all started his book, My First Summer in the Sierra. Those who have been to, or want to visit Yosemite and the Sierra Mountains, will love to read what these beautiful places were like long ago, from none other than the famous Muir’s eyes. If his book doesn’t inspire you to get out there, then we don’t know what will.

A Blistered Kind of Love, One Couple’s Trial by Trail – Angela & Duffy Ballard

When one couple decided to conquer the Pacific Crest Trail from Mexico to the Canadian border, they didn’t realize that the backpacking part would be as much of a challenge as getting along for 132 days straight. They did it, and together, they walk readers through their journey; blisters and all. If you’re thinking about hitting the backcountry with a significant other, this story should definitely inspire you.

Another couple who went to conquer the wilderness together, Erin Mckittrick and her husband, Hig, tell the story of their journey from Seattle to the Aleutian Islands; 4,000 miles. The reason they did it? To raise awareness about conservation issues and the environment, which they got ever so close to during their trek.

Like Bill Bryson, David Miller also hiked the entire Appalachian Trail, after he decided the outdoors were a lot better than his engineering job. Whether you decide to use his book as a detailed guide of every inch of the trail, or you simply want to live vicariously through his adventures, his story will influence you and educate you in one way or the other.

previous President Obama Is Giving Mt. McKinley Its Name Back - What It All Means
next How to Backpack Pain Free with Back Problems

College Campuses for Students Who Love The Outdoors