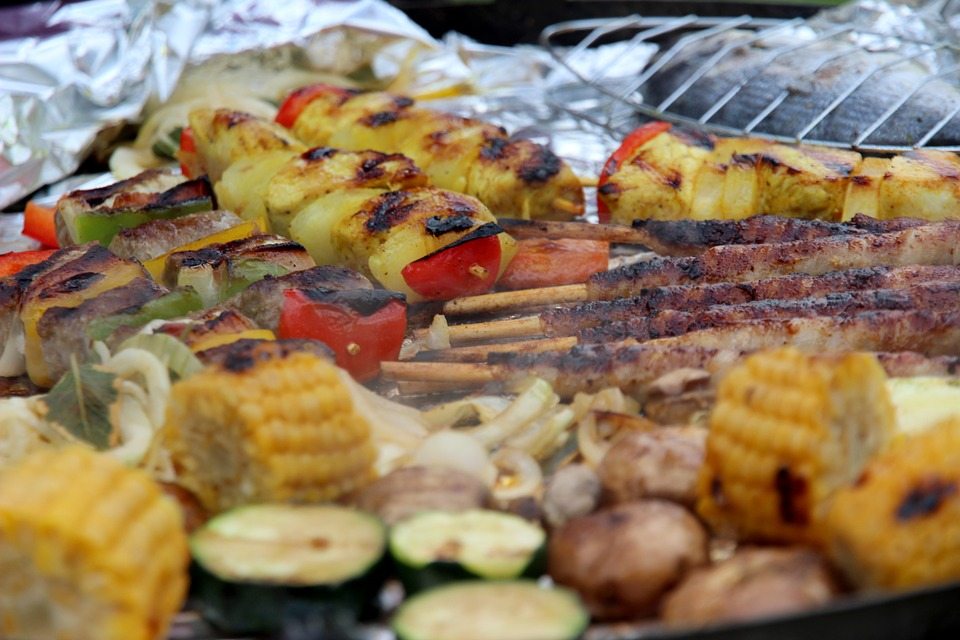 While many people go for portable stoves as their main cooking mechanism in the backcountry, others prefer to go with the classic way of making a fire. Cooking over a fire that you built yourself is something everyone needs to try at least once. However, creating a fire that is easy to cook over and which is also safe for the environment can be a bit of a challenge. Here’s everything you know about cooking over a fire in the outdoors:

Cooking on a portable stove is definitely the easiest way to go, but there are a lot of benefits to cooking on a fire. One is that if you’re going with a large group, cooking over a fire doesn’t limit you to one pot or pan, like a cooking stove does. Also, it’s just all part of the outdoor experience, and a way to connect with nature even more. However, it’s usually just a matter of preference. Of course, anyone who is in the backcountry should know how to build a fire as means of survival, whether or not you plan on cooking on one.

Before you build any fire, you need to know if the grounds you are on permit it. Fires can obviously be very dangerous, and thus need to be handled with care. To find out if the place you’re in allows campfires, you can just check its website. Limiting a fire’s impact on the forest is up to you. You all remember Smokey the Bear, don’t you? Just think of him when you’re making your fire.

Building a cooking fire is a lot different than building a campfire. While you can still cook over a campfire, generally people think of a campfire as just something to sit around and keep warm. Using a fire primarily for cooking needs to be created a little differently.

It doesn’t take a lot to gather what you need in order to build a cooking fire. All you need is wood! Don’t cut down any branches, but instead look for the appropriate wood on the ground. You’re going to need kindling, which is a variety of decent sized shavings or hardwood, like cedar bark. It shouldn’t have a lot of moisture. Look out for decomposed leaves as well. To keep your fire strong, you will need firewood as well, which campgrounds typically have available somewhere nearby. All the kindling should easily turn into coal, and the firewood will allow you to cook. Lastly, you’ll need a pot, pan, or just a grill to throw on top. (Though they’re actually not required).

To make your fire, dig out a little trench and place flat rocks to each side so you can safely prop the grill on top. Place the kindling in layers inside the trench. You should have a lot of kindling already gathered on the side so you can keep adding more. As the kindling starts turning to to coal, you’ll need to add the large pieces of firewood. In the meantime, lay a grill grate on top of the fire. There should be space underneath it to add more firewood, and also allow you to move the coals to adjust the intensity of the fire.

Though there a lot of good fire starters out there, most experienced backpackers will tell you to just go with a traditional lighter. Make sure it’s a piezoelectric lighter, which is the one you just click down to light. Have a box of matches as a backup or at least an extra lighter!

Once you’ve got your cooking fire going, there are a lot of methods when it comes to actually cooking. One is to cook right on top of the coals. This might seem a bit strange, but there’s no problem in cooking some meat or vegetables right on top. If you’re not comfortable with doing this, then you can instead wrap your food in aluminum foil, or stick it on skewers. You could also place pots and pans right on top of the fire.  If you prefer the modern barbecue method, then just lay any grill grate on top of your fire and you’ll be good to go.

Another way, though not common, is building a spit roast. This is when you stick two poles in the ground on either side of the fire, let the fire build up, and put another stick through the meat or fish you’ll be roasting, laying it across the poles. The backcountry is certainly no rotisserie shop, so you’ll have to keep rotating the skewer to make sure the meat cooks evenly.

Cooking can be one of the most exciting things to do in the backcountry if you know how to do it correctly. Though cooking on a portable stove is a bit easier than cooking over a fire, making a cooking fire in the backcountry is a great way to enjoy the experience with nature to the fullest.

The Best Hiking, Camping, and Outdoor Fitness Apps of 2016