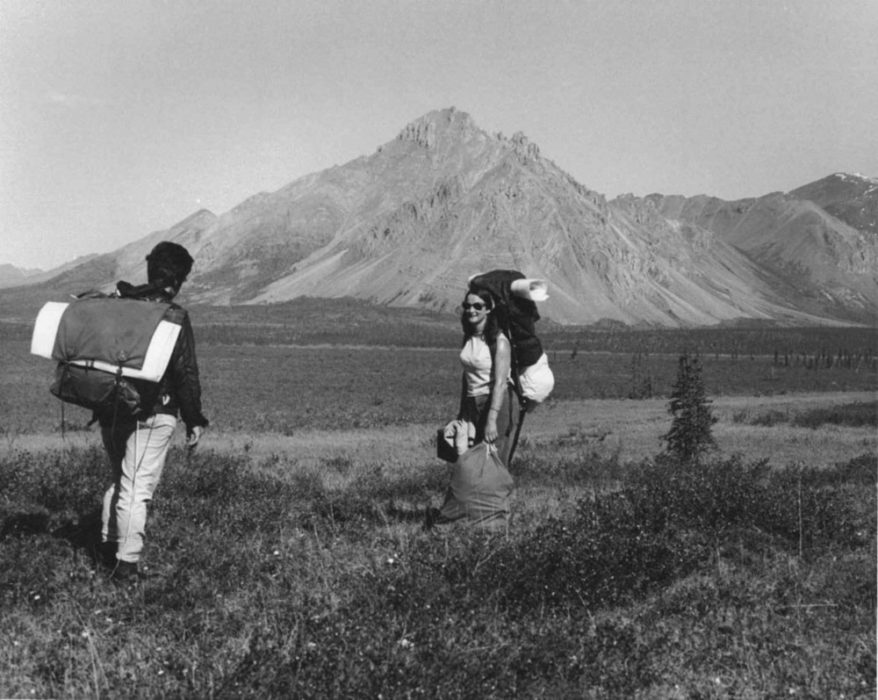 For those out there who have a passion for backpacking (most likely, you), then you’ve probably had that feeling that you wish you could share the special moments with (insert name here). Unfortunately, we know all too well that trying to get someone to backpack who has stated their disinterest several times, can be a bigger challenge than hiking a mountain itself. But, don’t give up. Here’s how to convince that special person in your life to try it out

Find Out Why They Don’t Want To Go

Before you jump to any assumptions about why someone might not want to go out backpacking, give them a chance to explain what their concerns are. Perhaps it’s because they have asthma, they have back problems, they’re afraid of something they don’t want to admit, or they just think that it wouldn’t be enjoyable. Find out the reason before anything else.

See If You Can Find a Compromise For Their Concerns

Once you find out the real reason, or even if they say, “I just don’t want to!”, see if you can ease in some quick-fixes or comprimises. If they have a physical limitation, tell them about all the easy trails out there that wouldn’t be an issue for them. If they have fears, tell them about all the safety precautions they can take while hiking. If the problem is still that they don’t think they’d be interested, then there’s more you can do.

Show Them the Beauty of The Trail

People can understand things better when they can visualize them. Instead of just telling someone how amazing backpacking is, show them. This might take some strategizing on your part, but even just starting with a photo album from your own trips could help. Do so without trying to convince them, but instead letting them see how cool it is for themselves. If you can, take them to a small trail near your home, and show them that ‘hiking’ doesn’t have to be hard work.

Tell Them Why You Want Them to Join You

Whether you’re trying to convince your mother, kids, significant other, or your friend to go backpacking, think about why it is that you want them to come with you so much. To us, it’s obvious, but to them, they might not know truly how much it would mean to you if they came along. Tell them. Even if you say, “just try it with me once, and that’s it”, might be enough to work.

If they seem to be more stressed about actually planning the trip instead of actually doing it, then offer to plan everything (which is probably what you were going to do anyway). This isn’t always easy. Someone who is stressing so much about planning something is probably the same person who wants to have complete control over the situation so that they can feel more comfortable. Explain that you’ve done it before, you know what you’re doing, and they can trust you to take care of things. Once you have it all organized, offer to share it with them in a way they can understand.

Let whoever you’re trying to convince know that just because you want them to come with you, doesn’t mean you’re trying to get them to hike Mt. Everest. Even if you’ve done rather challenging hikes yourself, you probably know better than anyone that there are trails out there that are shorter, easier, and offer gorgeous views to make your person fall in love at first sight. Ease them into backpacking with a day hike or a simple overnight hike.

Let Them Borrow Some Gear

There’s a good chance that someone you’ve just convinced to go backpacking doesn’t really own much of their own gear. If they’re still skeptical about backpacking, they aren’t going to just run out and drop all they have on gear, either. Offer to share things with them so they don’t need to feel pressured financially.

Respect Their Boundaries and Limits

So, they’ve finally decided to go backpacking. This is a big step for them, and it needs to be handled with care. Though you want to jump for joy in excitement and literally scream on top of a mountain, that might throw them off a bit. Keep your excitement in, and remember how hard it was to convince them in the first place. Let them take their time and don’t force too much at once. Remember; you want them to join you, not necessarily be an enthusiast just yet.

Let Them Figure It Out For Themselves

If you’ve gotten them this far, let them explore backpacking in their own way. You might know where to go, what to do, and how to do it, but they’ll still be learning, and they need to be given space to enjoy the experience for themselves. Don’t be too overbearing. Just because you love the views from the top of the mountain, they might like the views from the ground.

So, you’ve finally convinced them to go. Just wait a few days before you say, “I told you so!”

How One Woman’s Hike Ended Too Cold, Too Fast

How to Deal With Finding Women’s Hiking Gear