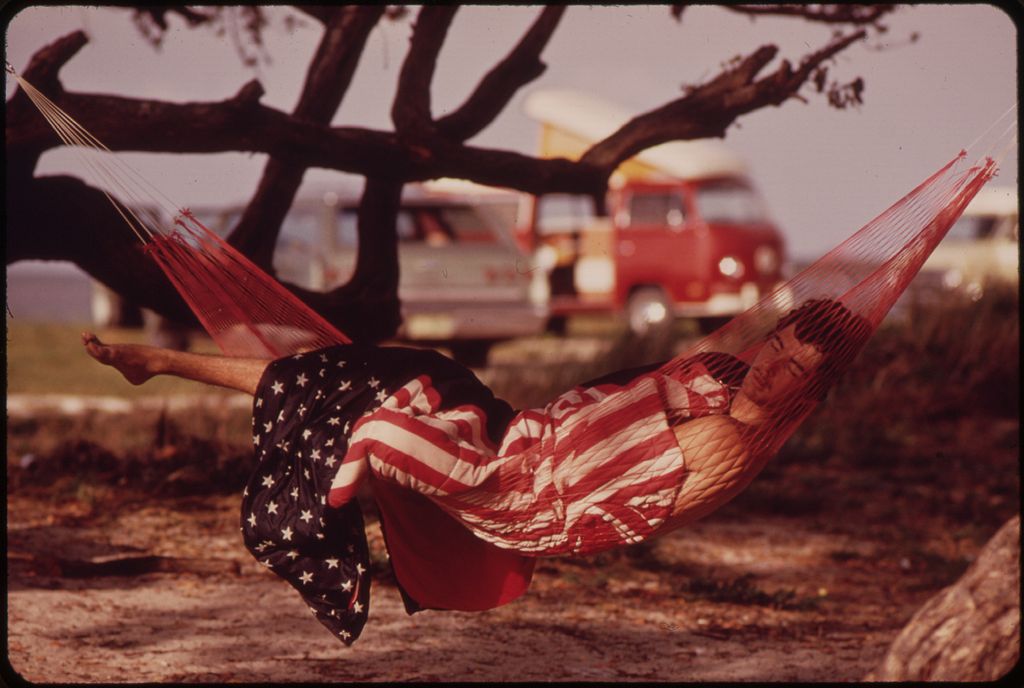 I love reading travel guides. I like to know what intrigues visitors to come to a certain country the most. Whenever I pull off the U.S.A guide from the shelf just out of curiosity, guess what’s on the cover page 95% of the time?

A scene from the Great Outdoors.

So, in light of current events, I felt that this would be a good time to talk about camping, the outdoors, and how the U.S. has helped shape that. Every single year, the number of visitors to the national parks and monuments have been increasing tremendously. Just last year, the parks saw the highest number of visitors they ever have before. So, clearly, we’re doing something right. The problem is, no one wants to talk about the positives.

Sure, the United States isn’t perfect. Anyone watching the news lately can see that. But, if anyone, American or not, has had the amazing opportunity to explore the national parks or go camping in America’s wilderness, then you might be wondering what “America” everyone is talking about. Okay, so camping wasn’t technically found here. We think it began in the United Kingdom. However, the preservation of the national parks, “America’s Best Idea,” was started by a man named John Muir. Maybe you’ve heard of him. He may not be considered a “forefather” per se, but he was born in Scotland!

Seeing any connection? Maybe not quite. But, understanding camping and how long it’s been around is important to the rest of the spiel.

For now, the history lesson is over. Let’s get back to camping.

Times Have Changed But Camping Hasn’t

If you’re somewhere in your forties or fifties, then you hopefully have some childhood memories of camping. In the past, people did camping for fun; that was their entertainment. Nowadays, many people feel like camping is some sort of right of passage, where you prove to the technology gods that you haven’t succumbed to their control and you’re capable of doing things “independently,” or at least without a wifi connection. This part is definitely true.

But, that doesn’t mean camping has changed. It just means people have changed.

You still pack up the car with the same things that people did fifty years ago. In the back, you throw in your tent, your sleeping bag, your first-aid kit, blankets, food, lounge chairs, and ingredients to make s’mores. When you arrive, you teach the kids how to pitch a tent and light a fire, you play, you chat, and you sleep under the stars.

You may no longer have the stationwagon or tarps, but that same drive is still there. The idea of camping and what it stands for is evergreen. 100 years from now, the world might have flying cars, and yet, people will still treat camping the way it has always been treated. And, lucky for us, while cities around the world are growing in size and population, the parks will still be preserved for generations to come. Something we definitely don’t pride ourselves enough on.

Camping Relaxes Our Minds and Opens Up Our Hearts

Anyone who has ever been camping can relate to this, especially those who have done it in the good ole’ U.S. of A. Camping does something to you that a high-tech massage chair from Brookstone cannot. It teaches you things that Siri doesn’t have the answer to. And, most of all, it brings people together in a way that the media tells us doesn’t exist. Especially now, with the election a few weeks away.

When we go camping in a place as diverse as Yellowstone, as magical as Arches National Park, or as sweet and tender as the scenery in the Northeast, it’s like you’ve left “reality” to go into a place that’s actually the closest thing to real than anything else we see these days. It gives us an opportunity to get to know ourselves, the people around us, and be one with nature…the way that it was intended.

Don’t Get Discouraged. Get Packing!

So, next time you turn on the news, watch a presidential debate (thank goodness there are no more), or scroll through your Facebook feed and roll your eyes, well, we don’t blame you. We understand. If you find yourself having a hard time remembering what you liked about the United States, then all you need to do is go camping. Get yourself away from the constant negativity, and see what this country has to offer. It’s not so bad after all.

Feeling down about where you live? Then do something a little nostalgic. Get outside, go camping, and remember what we’re all about.

previous 6 Ways to Make Coffee at Your Campsite
next Want to Buy a Hammock? Here are Some Tips

Everything You Need to Know Before Choosing a Campground

First Time Gear for Beginner Backpackers: What to Invest In